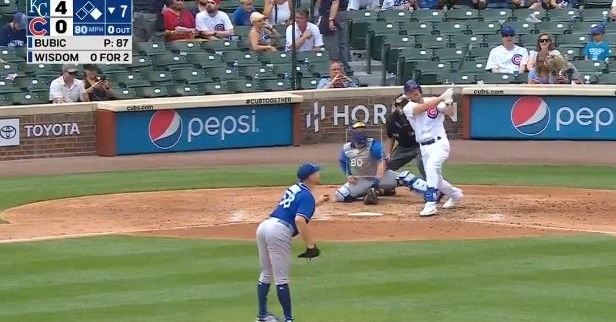 The Chicago Cubs were being no-hit by the Kansas City Roays until Patrick Wisdom stepped up to the plate in the seventh inning on Saturday.

Wisdom smacked a two-run homer to left field to break up the no-hitter and the shutout to put the Cubs only down two runs at 4-2.

Check out his blast below:

Play has resumed and @PatrickWisdom5 has his 20th home run of the year! pic.twitter.com/gL3xKLl8fG