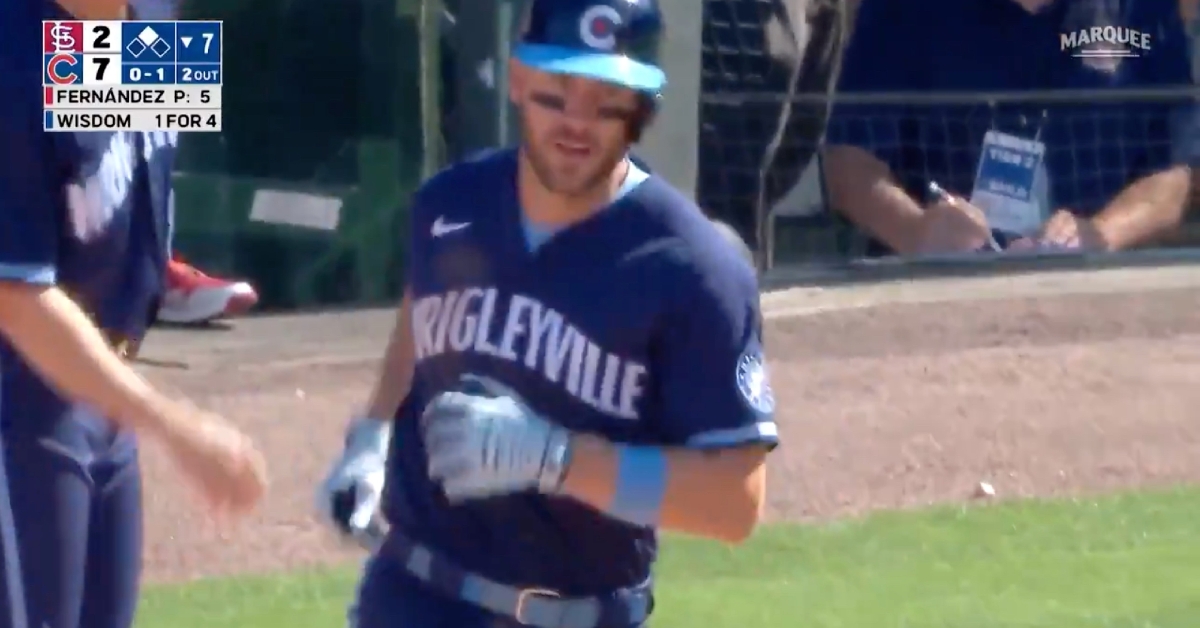 Patrick Wisdom lifted a two-run rainmaker into the seats beyond left-center field, increasing the Cubs' lead to seven runs.

CHICAGO — Opening the floodgates against the St. Louis Cardinals on Friday, Chicago Cubs third baseman Patrick Wisdom sent a two-run home run out to left-center as part of a five-run seventh inning at Wrigley Field. Marking the 12th dinger of Wisdom's rookie season, the 382-footer was hit not long after fellow Cubs third baseman Kris Bryant slugged a three-run double.

Shortstop Sergio Alcantara pinch ran for Bryant, who doubled in a pinch-hitting appearance, and was plated by Wisdom's two-out jack, which came on a 98.9-mph sinker thrown by Cardinals reliever Junior Fernandez. The towering blast boasted a steep launch angle of 37 degrees. It was also scorched off the bat at 107.1 mph. By placing the Cubs up 9-2, Wisdom increased his 2021 RBI total to 23.