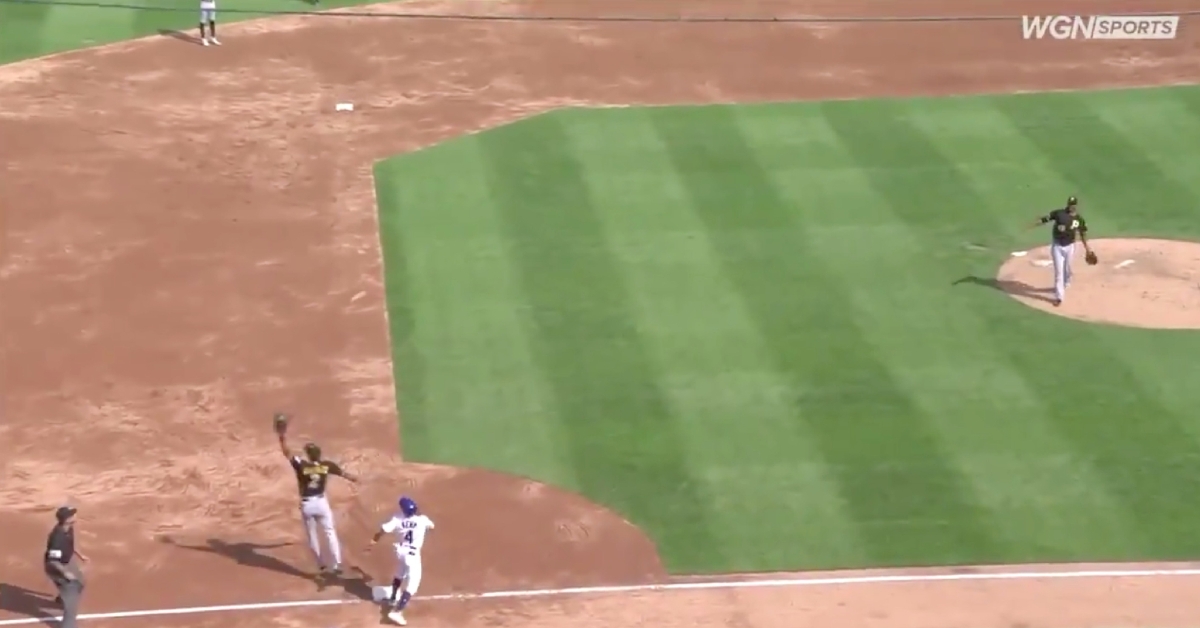 CHICAGO — In the bottom of the third on Sunday, Chicago Cubs pinch hitter Tony Kemp smacked a 2-run triple into the right-field corner at Wrigley Field. The go-ahead triple scored Ben Zobrist and Jason Heyward, respectively, thus putting the Cubs up 7-5 over the Pittsburgh Pirates.

However, the Pirates seemed to think that Heyward did not touch third base on his way around the bases, and Pirates manager Clint Hurdle directed Pirates reliever Michael Feliz to make an appeal throw to third base. The Pirates' second-half collapse was fully exemplified by what happened next.

Despite the ease of the appeal throw, Feliz somehow managed to botch it by sending his lob sailing over the third baseman's head. Kemp then hurried home and increased the Cubs' lead to three runs. All that Hurdle could do from the dugout was shake his head in disgust and move on.