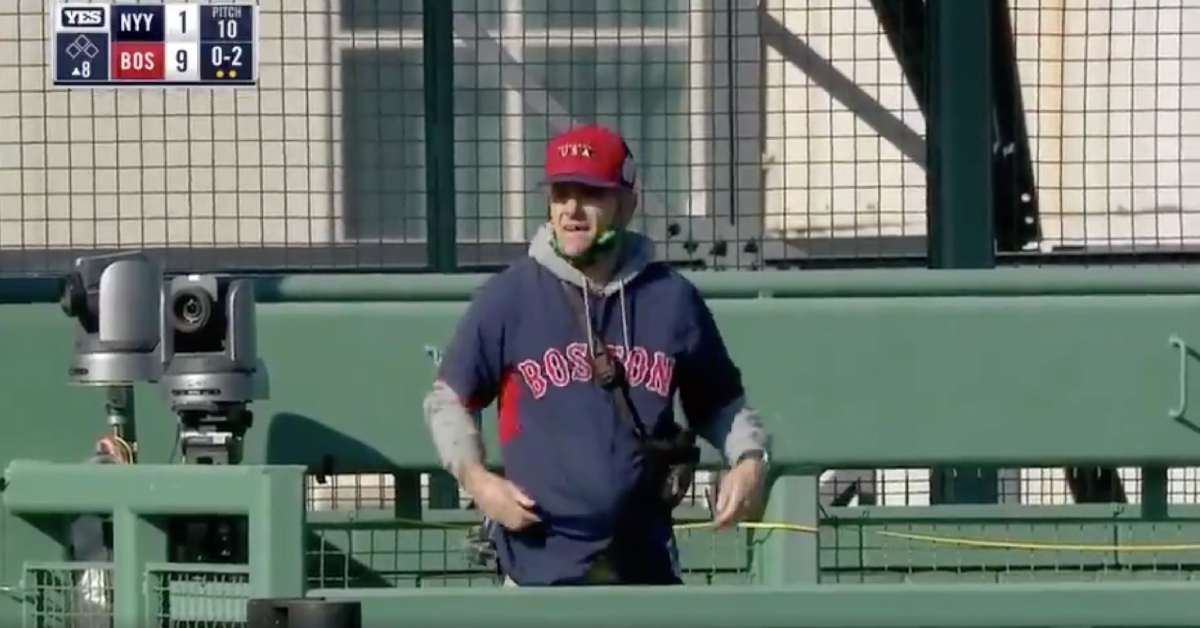 A fan somehow managed to sneak into Fenway Park in the midst of a game on Sunday afternoon.

BOSTON — A wild scene unfolded at Fenway Park on Sunday afternoon, as the contest between the Boston Red Sox and the New York Yankees was interrupted by a rowdy fan who somehow managed to sneak into the stadium. With fans not present at the ballpark, the ruckus caused by the intruder was rather audible and caused a delay in the action.

Although he sported Red Sox gear, the fan seemed to promote unity between the rival teams, as he threw New York-themed hats onto the field and shouted out his adoration for the city. One hilarious moment came when he jokingly taunted Red Sox left fielder Miguel Chavis, who, like "His Airness," wears No. 23, saying that he "ain't Michael Jordan."

In spite of the humor, the incident was rather alarming, as the fan evaded security and placed himself at the risk of falling off a platform. He even did pushups at one point. After security was finally able to corral the man and remove him from the ballpark, he was subsequently taken for psychiatric evaluation. For what it is worth, the Red Sox routed the Yankees 10-2.

Absolute madness at Fenway as someone appears to have broken into the stadium and is causing a ruckus pic.twitter.com/mmy11ij9x9

The Yankees/Red Sox game was delayed after a fan snuck into Fenway Park and caused a scene. pic.twitter.com/zuYsdcdFT5