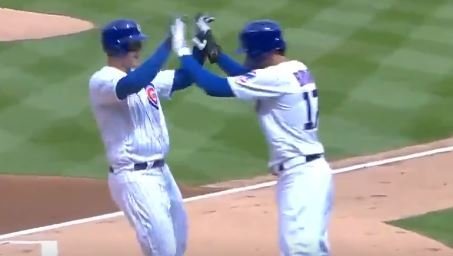 The Chicago Cubs got off to a fast start courtesy of Anthony Rizzo's two-run homer to put the Cubs up 2-0 in the first inning.

The homer was a mammoth shot that went an estimated 472 feet with an exit velocity of 110.5 MPH according to Statcast.

It was his third homer of the season and his 194th of his standout career.

Furthermore, it was the longest homer he has hit in the majors. On the season, he has exactly 10 hits, 10 runs, and 10 RBI on the season.

Pictures of the third longest homer of the 2019 season so far:

CubsHQ was happy about the homer: