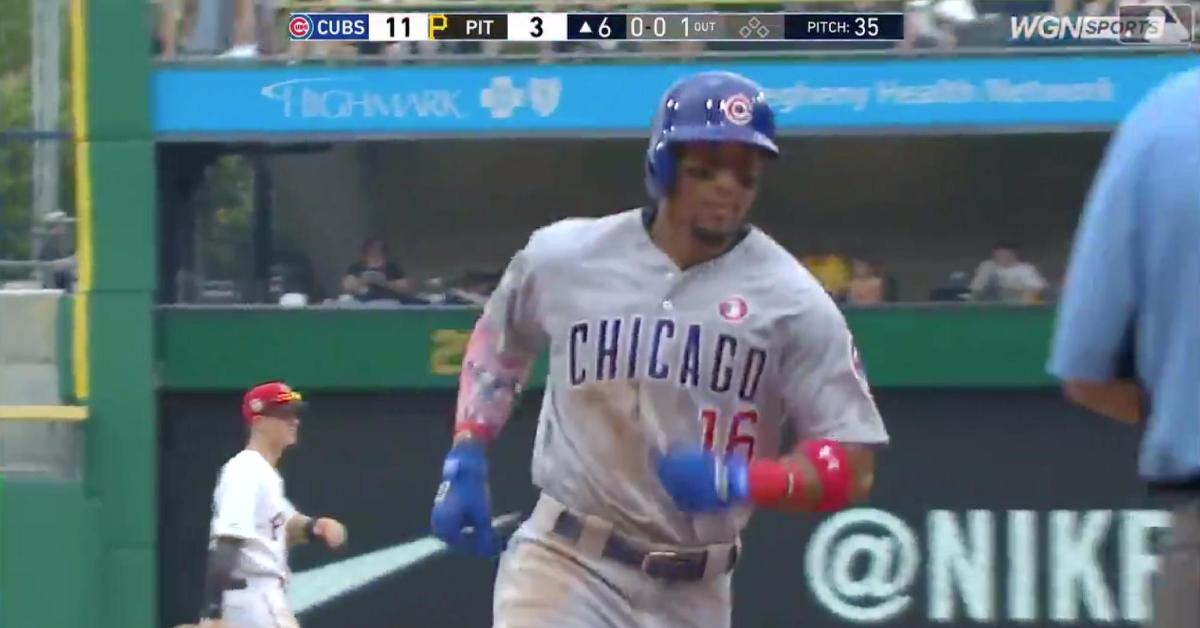 Robel Garcia smoked a 416-foot blast out beyond center field for his first career home run.

PITTSBURGH — Becoming the first Chicago Cubs player since Starlin Castro in 2010 to tally a triple and a home run in his first career start with the club, second baseman Robel Garcia powered out a mammoth 416-foot shot against the Pittsburgh Pirates on Thursday. After hustling for a triple earlier in the game, Garcia jacked a solo rainmaker out to straightaway center field in the top of the sixth that put the Cubs up 11-3.

Garcia, who was once a standout player in the Italian Baseball League, showed out in the Cubs' farm system before being promoted. Making the first big-league start of his career just one day after getting promoted from the minors, Garcia smashed a no-doubter off Pirates reliever Clay Holmes that left the bat at 104 miles per hour and sported a launch angle of 26 degrees.