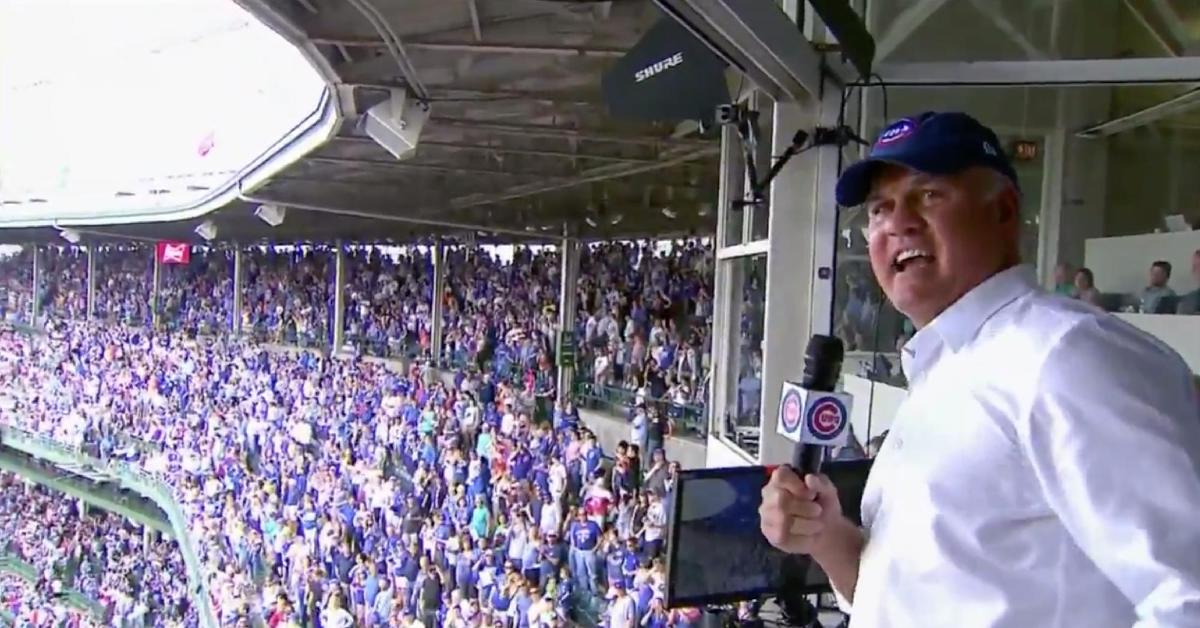 Ryne Sandberg commemorated the 35th anniversary of his legendary performance by singing during the seventh-inning stretch on Sunday.

CHICAGO — On June 23, 1984, legendary Chicago Cubs second baseman Ryne Sandberg played the game of his life in a thrilling 12-11 victory over the St. Louis Cardinals at Wrigley Field. The 11-inning slugfest saw the Cubs overcome a 9-3 deficit agains the Cardinals, thanks in large part to Sandberg's late-game heroics. The Hall of Famer went 5-for-6 with seven RBI and hit two clutch home runs off elite Cardinals reliever Bruce Sutter.

Marking the 35th anniversary of the iconic performance, Sandberg sang "Take Me Out to the Ball Game" at the Cubs' clash with the New York Mets at the Friendly Confines on Sunday. Sandberg also relived the memorable day by discussing it on air with Cubs television broadcasters Len Kasper and Jim Deshaies. Despite the fact that it happened 3 1/2 decades ago, the "The Sandberg Game" still holds it weight in Cubs lore, and Sandberg's stellar showing in the 12-11 win is still widely regarded as the greatest single-game performance by a Cubs hitter in franchise history.

.@Cubs legend Ryne Sandberg sings The Stretch at #WrigleyField on the 35th anniversary of the #SandbergGame.@Cubs #GoCubsGo pic.twitter.com/94hWPwnaad