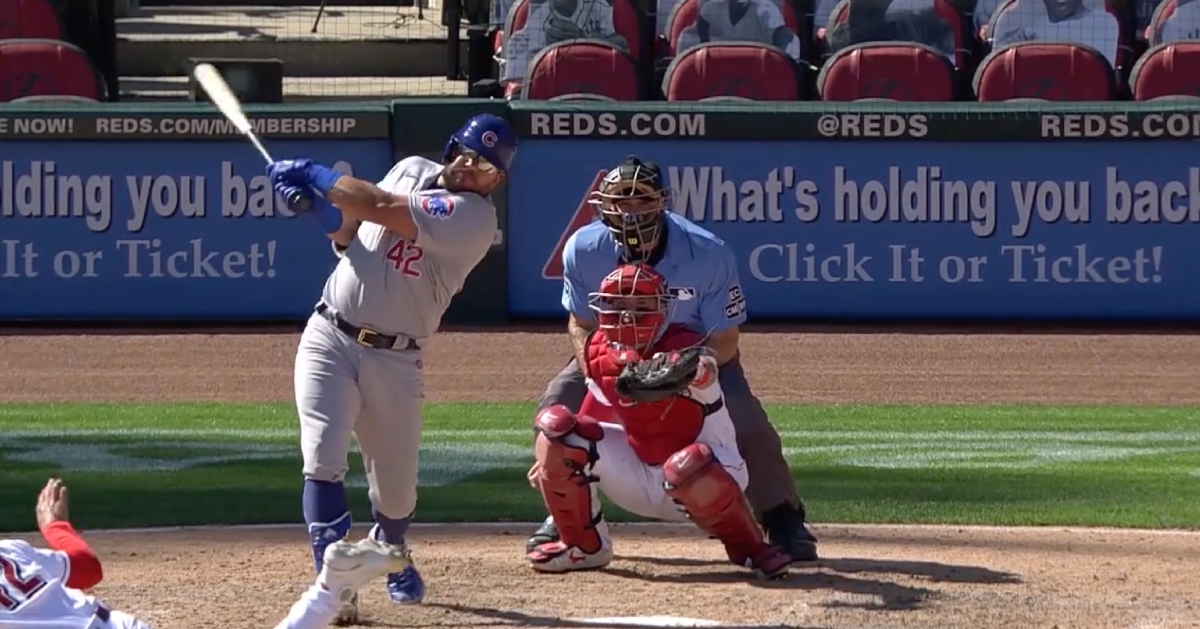 CINCINNATI — Hitting one out of Great American Ball Park for the second time in the Chicago Cubs' rout of the Cincinnati Reds on Sunday, left fielder Kyle Schwarber crushed a 444-foot grand slam in the top of the ninth, putting the Cubs ahead 10-1. Schwarber hit a solo shot earlier in the contest. He now has nine homers and 19 RBIs on the year.

For the first time since 1955, three Cubs hit two home runs apiece in the same game, as fellow outfielders Ian Happ and Jason Heyward also recorded a pair of dingers. On April 16, 1955, Ernie Banks, Randy Jackson and Dee Fondy tallied two homers each for the Cubs. Three players going yard twice in the same game is an MLB record that dates back to 1901, and no other team has ever had all three starting outfielders homer multiple times in the same contest.

The Cubs are the first team in MLB history to have all 3 starting outfielders hit multiple home runs in the same game.