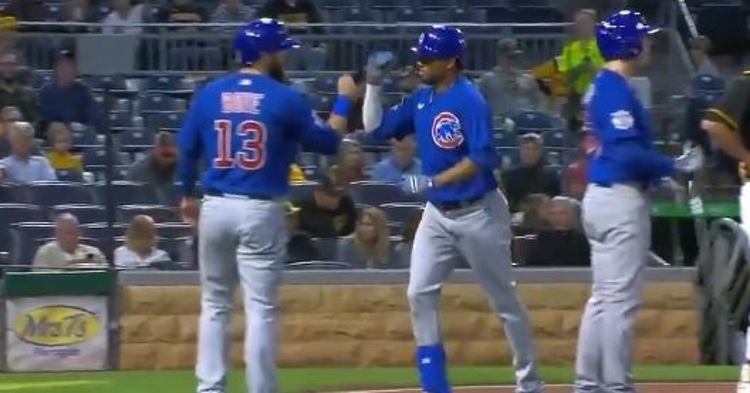 Alcantara smacked his fifth homer of the season

The Chicago Cubs are showing off their muscle early.

Cubs outfielder Rafael Ortega smacked a leadoff homer to put the Cubs up 1-0 in the first inning of Thursday's game against the Pirates.

In the second inning, shortstop Sergio Alcantara added a two-run blast to build the lead to 3-0 in favor of the Northsiders.

It was his fifth homer of the season and it was a no-doubter when the baseball left his bat as it went an estimated 373 feet.

Check out the impressive homer below: