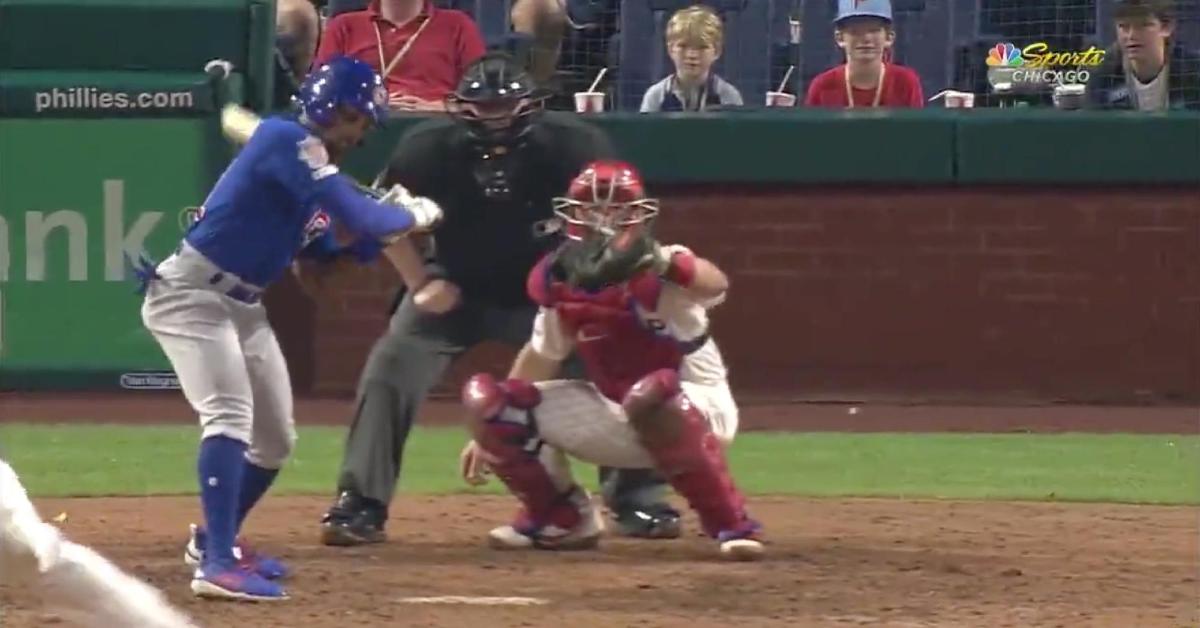 Tony Kemp could not believe it when he was rung up on a pitch that was, quite clearly, both high and outside.

PHILADELPHIA — In Tuesday's contest at Citizens Bank Park between the Chicago Cubs and the Philadelphia Phillies, the Cubs' ninth-inning comeback attempt was hindered by a highly questionable strike call. Following a hit by pitch that started off the frame, Cubs pinch hitter Tony Kemp struck out looking as a result of a brutal strike-three call.

Kemp was beside himself after home-plate umpire Marty Foster called a strike on a 1-2 pitch from Phillies reliever Hector Neris that was clearly high and outside. Cubs beat writer Jesse Rogers of ESPN tweeted out that ESPN's statistics department listed the pitch that resulted in the questionable strike call as having, based on the history of the pitch, literally no chance of being called strike, yet it was. The Cubs went on to come up empty-handed in the ninth and lose 4-2.

Not. Even. Close. A brutal called strike 3 by umpire Marty Foster in the 9th of a tight ball game to @tonykemp. #Cubs v #Phillies https://t.co/RgffQs65vg pic.twitter.com/PZnvBNh0wP

According to @ESPNStatsInfo the strike 3 call on Kemp in the 9th inning had a 0.00 percent chance of being called a strike. (Based on history of that pitch)