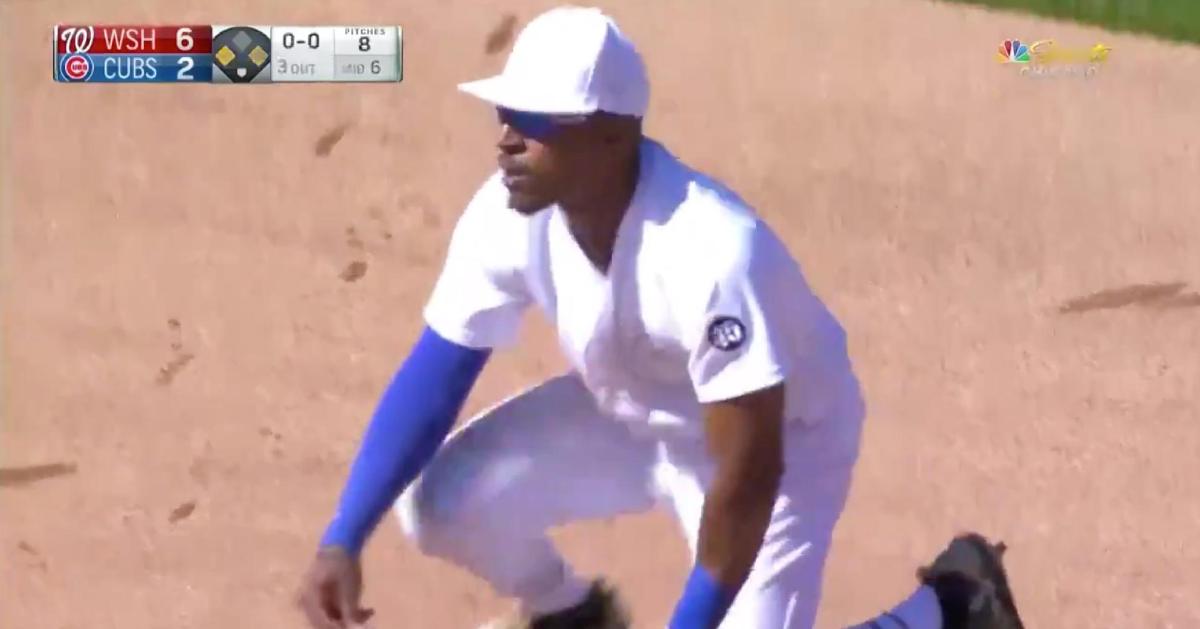 CHICAGO — Chicago Cubs second baseman Tony Kemp prevented the Washington Nationals from tacking on a run in the sixth inning on Saturday. With the Cubs trailing 6-2 at Wrigley Field, Kemp made an impeccable diving stop that left two runners stranded.

Washington's Juan Soto hit a chopper that nearly escaped the infield and bounced into right-center field, but Kemp went airborne to snag the baseball on a hop before gathering himself on the infield dirt. Kemp then fired a throw to first base for the third out, thus keeping the lead runner from scoring.

Update: In the top of the eighth, Kemp pulled off another fantastic diving stop by covering a lot of ground and corralling a grounder hit up the middle. Kemp then gunned a throw to first base to get the Nationals' Matt Adams out.

We want to be Tony Kemp when we grow up. pic.twitter.com/LobofSQEhn