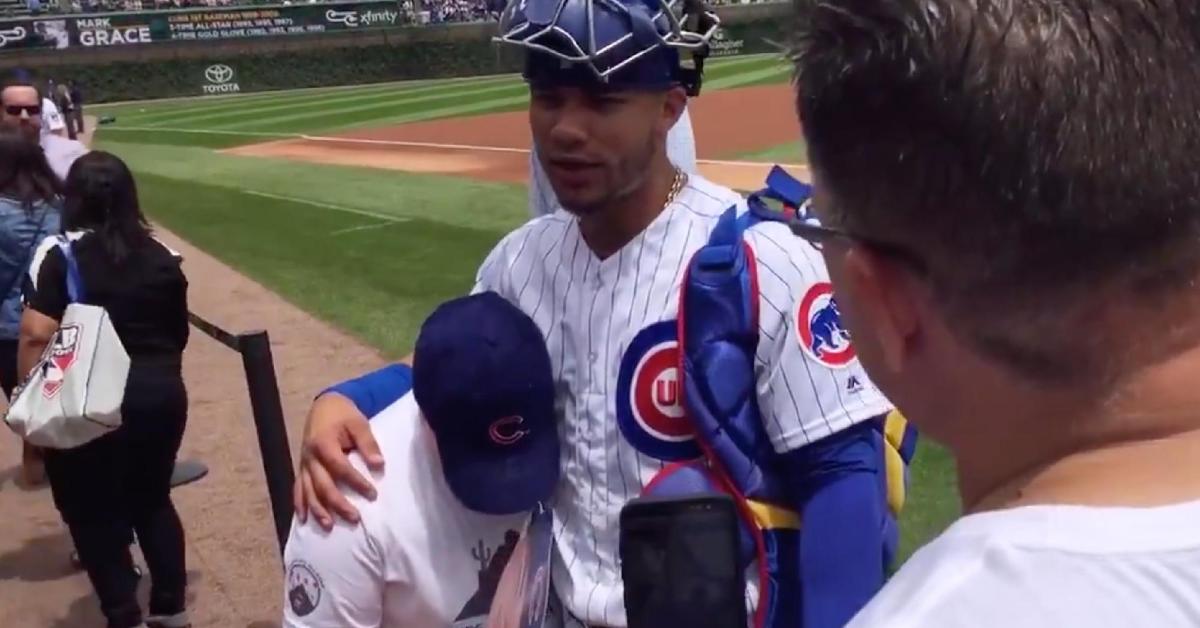 Willson Contreras shared a touching moment with a young fan prior to Friday's game.

CHICAGO — Chicago Cubs catcher Willson Contreras has a special friendship with 11-year-old Daniel Rodriguez, a pediatric patient whom Contreras met on a visit to Advocate Children's Hospital in Oak Lawn, Ill., a few years ago. Contreras and Rodriguez really hit if off and have kept in touch since getting to know one another in January of 2017.

The Cubs work closely with Advocate Children's Hospital, with the team regularly holding charitable events that benefit the hospital and allow the patients to meet and greet some of their favorite baseball players. Contreras initially connected with Rodriguez due to Rodriguez's love for the Cubs, with the pair discussing the 2016 World Series season in their first conversation.

Friday's contest at Wrigley Field between the Cubs and the visiting New York Mets played host to several youngsters from the Advocate system, as the kids ventured onto the field prior the game and had fun with the players before taking in the action in great seats near the diamond. The special occasion afforded Contreras the opportunity to reunite with his best buddy, and the two shared a touching moment as they hugged and caught up with one another during warmups. Rodriguez even came to the game with a sign displaying Contreras' face that he could hold up in the stands as a show of support for his kind-hearted idol.

What a great moment. At Wrigley covering an event with pediatric patients @AdvocateKids ...Catcher @wilsoncontre just walked up to say hi and give a big hug to one of his biggest fans, 11 yo Daniel Rodriguez. #FridayFeeling #BaseBall @Cubs #Awesome @nbcchicago pic.twitter.com/W2DIJovQAz