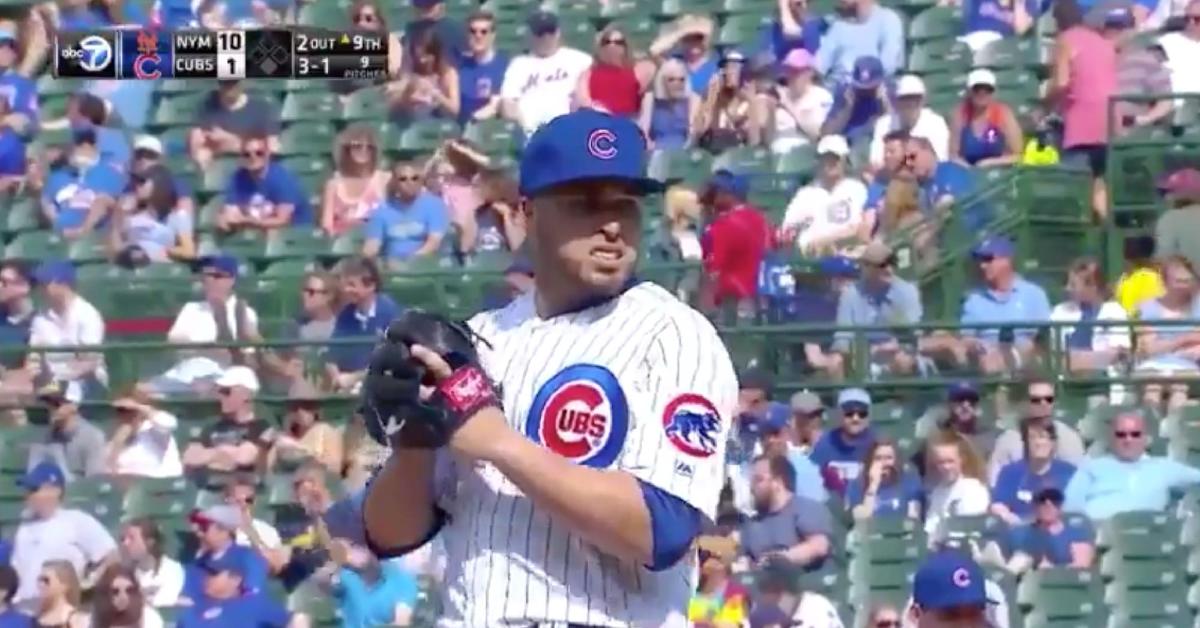 Victor Caratini punctuated his perfect inning on the mound with an impressive jump throw.

CHICAGO — Earning the nickname "Air Caratini," Chicago Cubs catcher Victor Caratini made an epic jump throw to cap off a perfect inning on the mound. With the Cubs trailing the New York Mets 10-1 entering the ninth, Caratini, a catcher by trade who started at first base on the afternoon, toed the rubber for the second time this season and fourth time in his career.

Epitomizing the rough day for Cubs pitching, out of the five players who pitched for the Cubs on the day, Caratini proved to be the only one that did not allow a baserunner. If not Caratini's maximum effort on the play that featured a Derek Jeter-esque jump throw, the perfect inning would not have been possible. After collecting a flyout and hustling to cover first on a groundout, Caratini then drew a dribbler off the bat of Mets catcher Wilson Ramos.

Rushing to field the ball in the infield grass on the left side of the mound, the right-handed Caratini had to jump and spin in the air in order to make the throw to first, but the throw was on the money and sailed right into first baseman Anthony Rizzo's mitt in time to out Ramos. Receiving a rousing ovation for his impressive display of athleticism that highlighted a flawless inning on the bump, the humble Caratini scampered into the dugout with his head down as if nothing out of the ordinary had happened.