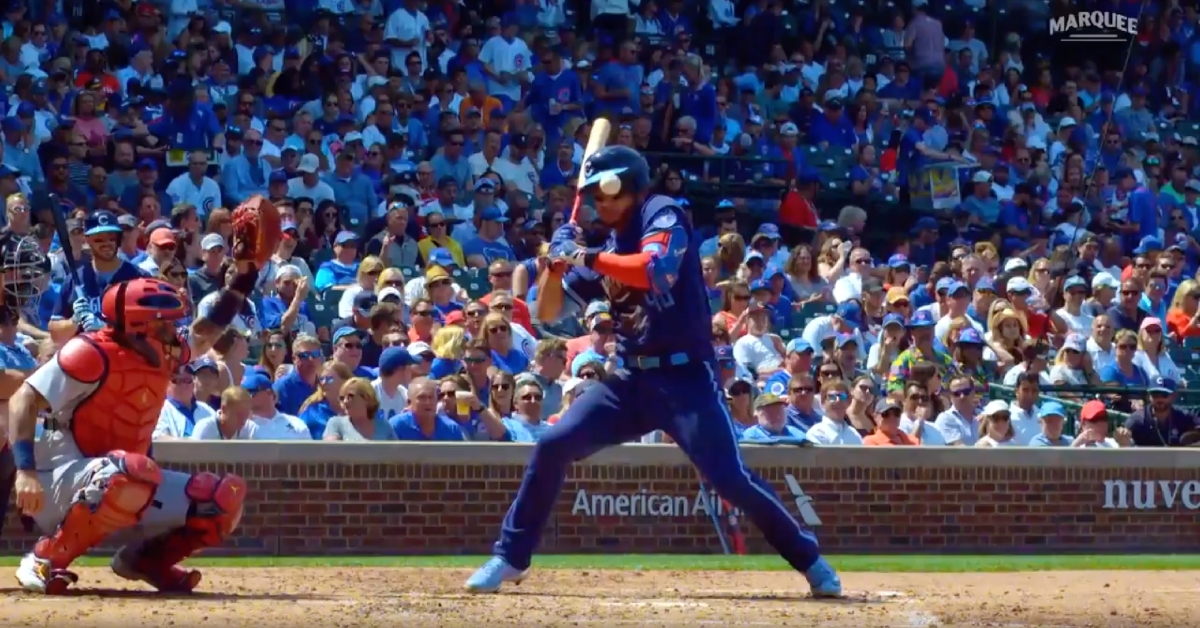 Willson Contreras somehow avoided being injured when a 98-mph pitch knocked his batting helmet off.

CHICAGO — Chicago Cubs catcher Willson Contreras' toughness can never be called into question, and a hit by pitch in Friday's tilt at Wrigley Field is indicative of why. Contreras had his batting helmet knocked off by a 98-mph sinker that got away from St. Louis Cardinals reliever Luis Garcia, who was signed earlier in the day, but remained in the game.

With the Cubs leading 3-2, the bottom of the fourth began with Contreras getting beaned by the pitch, which knocked him to the ground. The gritty backstop immediately stood back up and made it clear to Cardinals catcher Yadier Molina that he felt no ill will toward Garcia, clearly recognizing that the HBP was unintentional.

Cubs manager David Ross and a Cubs trainer rushed out of the dugout to check on Contreras, who displayed no signs of wanting to come out of the game. After being evaluated by the trainer, Contreras took his base and was thrown out at second as part of an ensuing fielder's choice. Thankfully, Contreras' helmet did its job, and a serious injury was avoided.

Willson Contreras was hit in the head by a 98 MPH fastball.

He stayed in the game. pic.twitter.com/mVLw7Wm69y