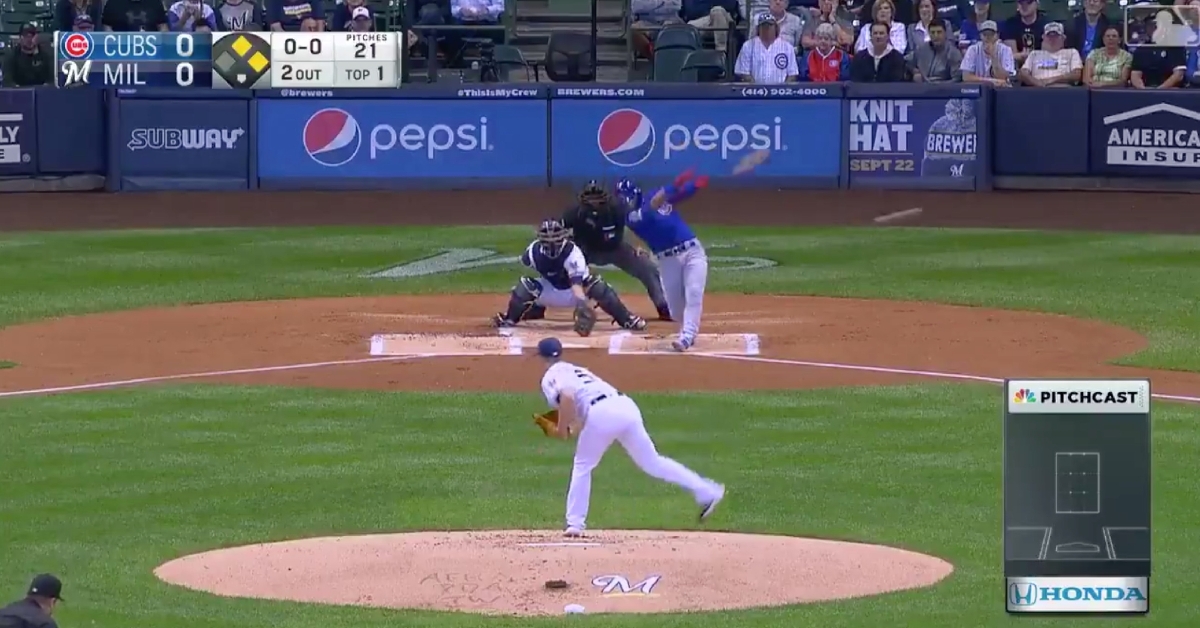 Chicago Cubs catcher Willson Contreras picked up his 59th RBI of the year with a first-inning double on Thursday.

MILWAUKEE — Providing the Chicago Cubs with an early lead over the Milwaukee Brewers, Cubs catcher Willson Contreras, who was taking part in just his second game back from the injured list, hit an opening-inning RBI double on Thursday. The 2-bagger put the Cubs up 1-0 in the series opener at Miller Park.

Coming with two outs, Contreras' double was swatted to left field, and it scored utility man Ben Zobrist, who drew a leadoff walk to start off the top the first. After garnering a walk in the previous at-bat, first baseman Anthony Rizzo made it to third base on the double, but he and Contreras were left stranded.