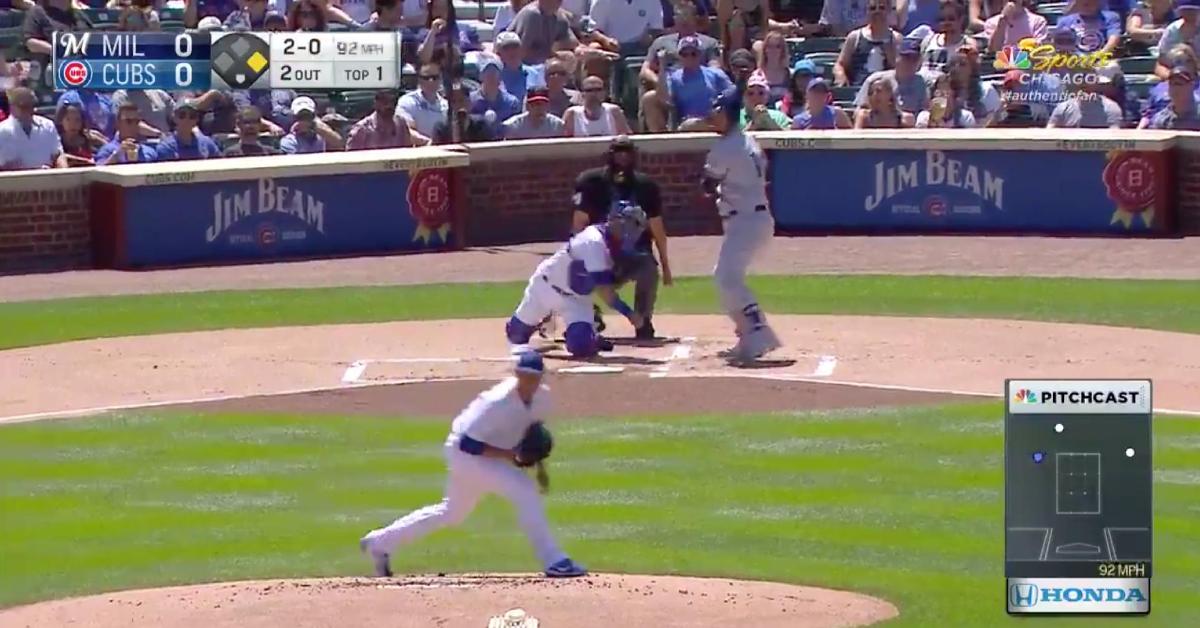 Cubs catcher Willson Contreras brandished his weapon of an arm on this spectacular caught-stealing throw.

CHICAGO — Chicago Cubs catcher Willson Contreras ended the top of the first at Wrigley Field in style on Friday. Gunning down Milwaukee Brewers second baseman Keston Hiura at second base, Contreras made a spectacular throw from his knees.

Contreras boasts arguably the best arm of any backstop in baseball, and he showed it off by firing a laser to Cubs second baseman David Bote on a Hiura steal attempt. According to MLB.com Cubs reporter Jordan Bastian, the caught-stealing throw was Contreras' second-fastest of the season.

Per @statcast, Willson Contreras has a 1.87 second pop time to catch Hiura stealing to end the top of the first. His 2nd-fastest in '19 on a caught stealing to second base.