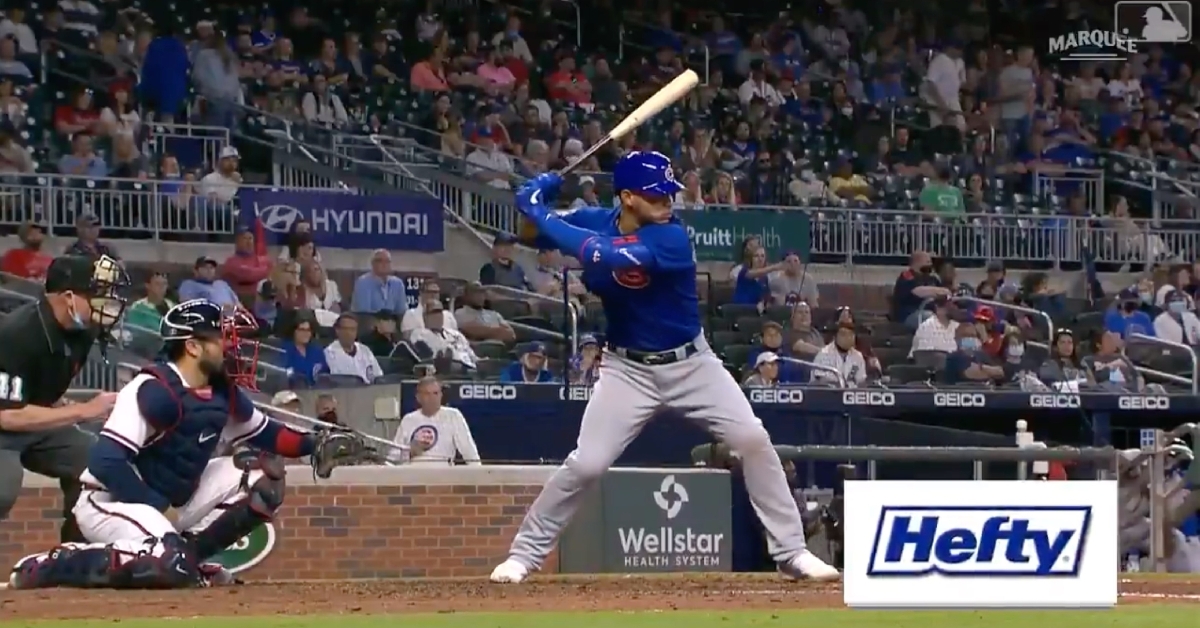 Willson Contreras hit a 456-foot home run that sported an exit velocity of 114.3 mph and a launch angle of 24 degrees.

ATLANTA — Swatting a gargantuan two-run home run, Chicago Cubs catcher Willson Contreras barreled a jaw-dropping 456-foot bomb out to center field on Monday. The tape measure jack sailed off the bat in a hurry and pulled the Cubs to within one run of the Atlanta Braves at Truist Park.

Braves reliever Tyler Matzek gave up the round-tripper on a 94.8-mph four-seamer. Coming in the top of the seventh, the two-run shot plated third baseman Matt Duffy and made the score 8-7. Contreras already has seven homers and 15 RBIs to his name on the year. His latest homer was initially reported to be a 491-footer, but the distance was later adjusted to 456 feet.