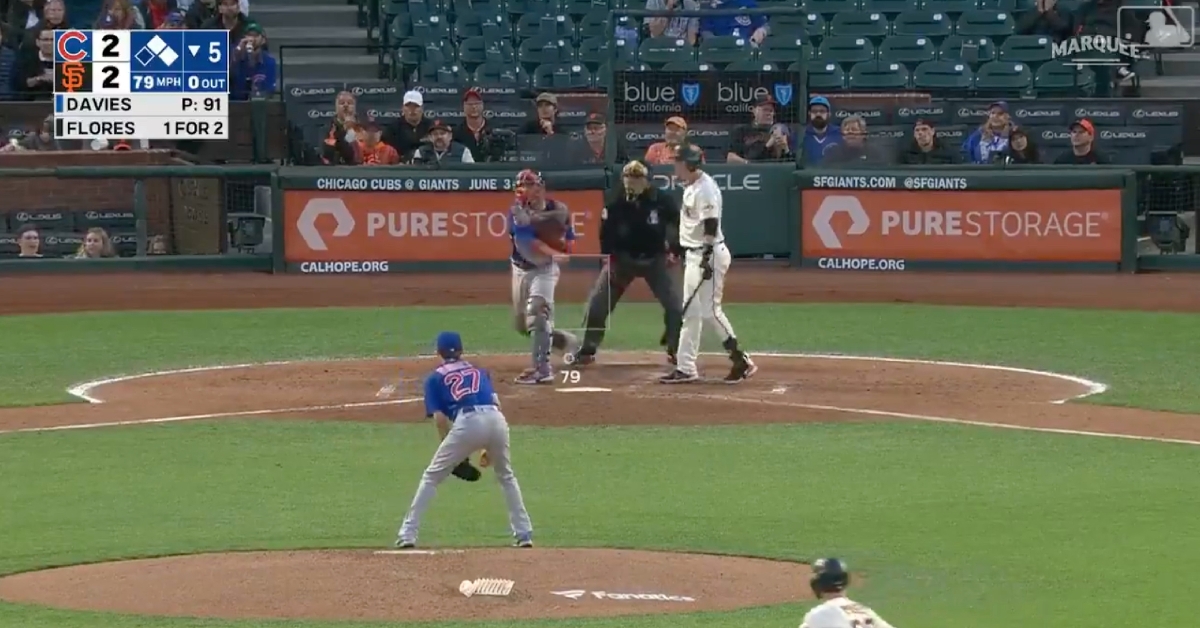 Willson Contreras noticed the trail runner lackadaisically sauntering too far from first base and picked him off.

SAN FRANCISCO — San Francisco Giants left fielder Alex Dickerson paid the price for straying too far from first base on Thursday, as Chicago Cubs catcher Willson Contreras picked him off. Contreras gunned down Dickerson after catching a pitch thrown by starter Zach Davies in the bottom of the fifth at Oracle Park.

Dickerson simply made a mistake by meandering away from the bag, as a runner was already at second base, and Contreras picked him off by firing a bullet to first baseman Anthony Rizzo, who applied the tag in time. Contreras' pickoff, which occurred with the game tied 2-2 and runners on first and second, marked the first out of the half-inning.