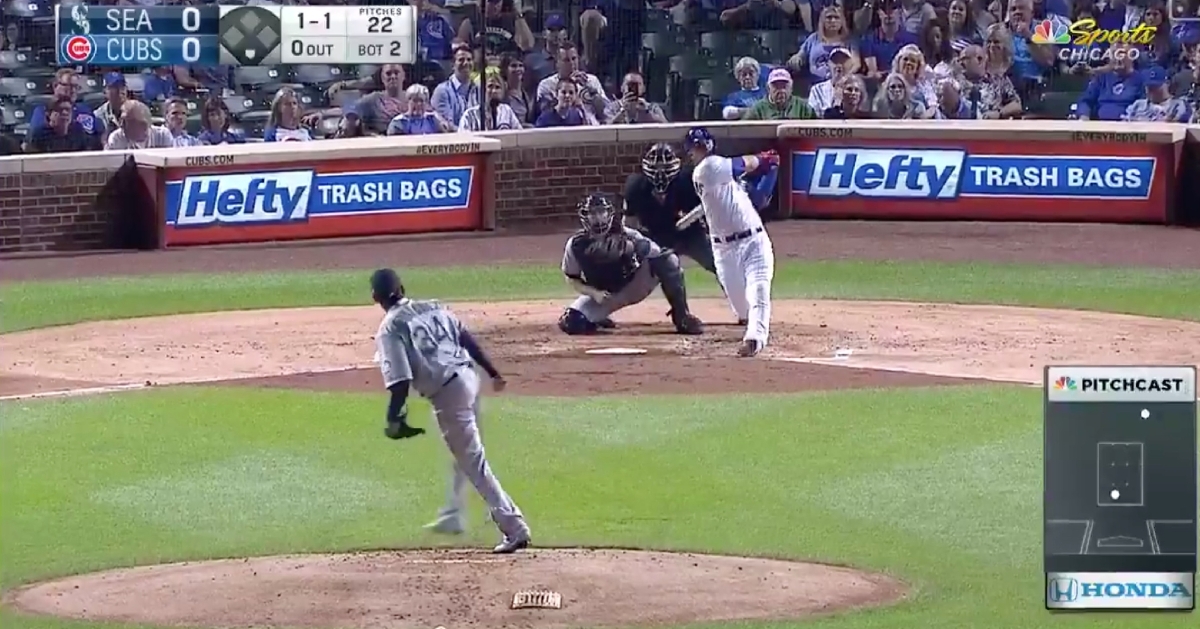 Chicago Cubs catcher Willson Contreras went yard in his first at-bat with the North Siders in exactly one month.

CHICAGO — In his first plate appearance for the Chicago Cubs in exactly one month, catcher Willson Contreras, who suffered a strained hamstring on Aug. 3, let everyone know that he was back in action. Smashing a 450-foot home run in his first at-bat of the night on Tuesday, Contreras incited a roar from the Wrigley Field faithful and celebrated by slamming his bat to the ground.

Taking Seattle Mariners starter Felix Hernandez deep on a curveball, Contreras led off the bottom of the second with his 20th deep ball of the year. The solo dinger left the bat at 110 miles per hour and sailed out to left-center at an angle of 22 degrees. Contreras started at catcher after being activated off the injured list earlier in the day, and his second-inning no-doubter put the Cubs up 1-0 on the Mariners.