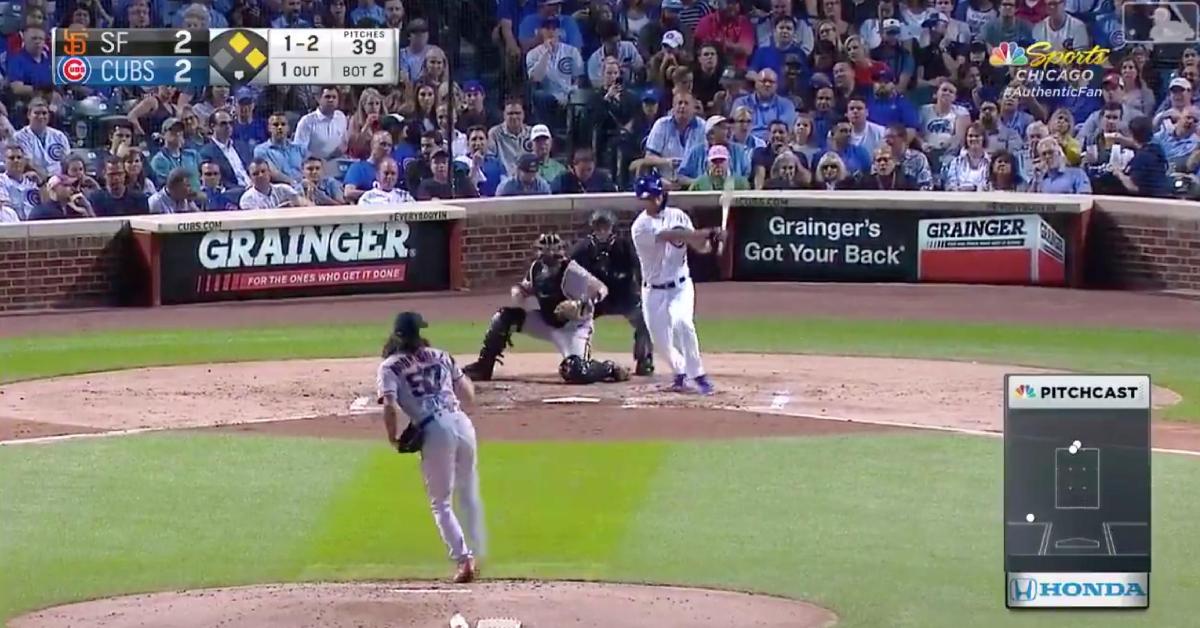 Chicago Cubs starting pitcher Yu Darvish connected for a go-ahead single after pulling back on a feigned bunt attempt.

CHICAGO — Turning a feigned bunt attempt into an RBI base knock, Chicago Cubs starting pitcher Yu Darvish showed off his hitting prowess against the San Francisco Giants on Wednesday. Hitting a go-ahead single in the bottom of the second, Darvish put the Cubs up 3-2 at Wrigley Field.

Facing a 1-2 count with one out and runners on first and second, Darvish initially appeared to be setting up for his third bunt attempt after fouling two bunts off earlier in the at-bat. However, Darvish pulled his bat back after the pitch from Giants starter Dereck Rodriguez was delivered and proceeded to connect for a base hit.

Slapping a single through the 5-6 hole and into left field, Darvish plated Cubs second baseman Ian Happ, who motored home from second base. Darvish now has three RBI on the year.