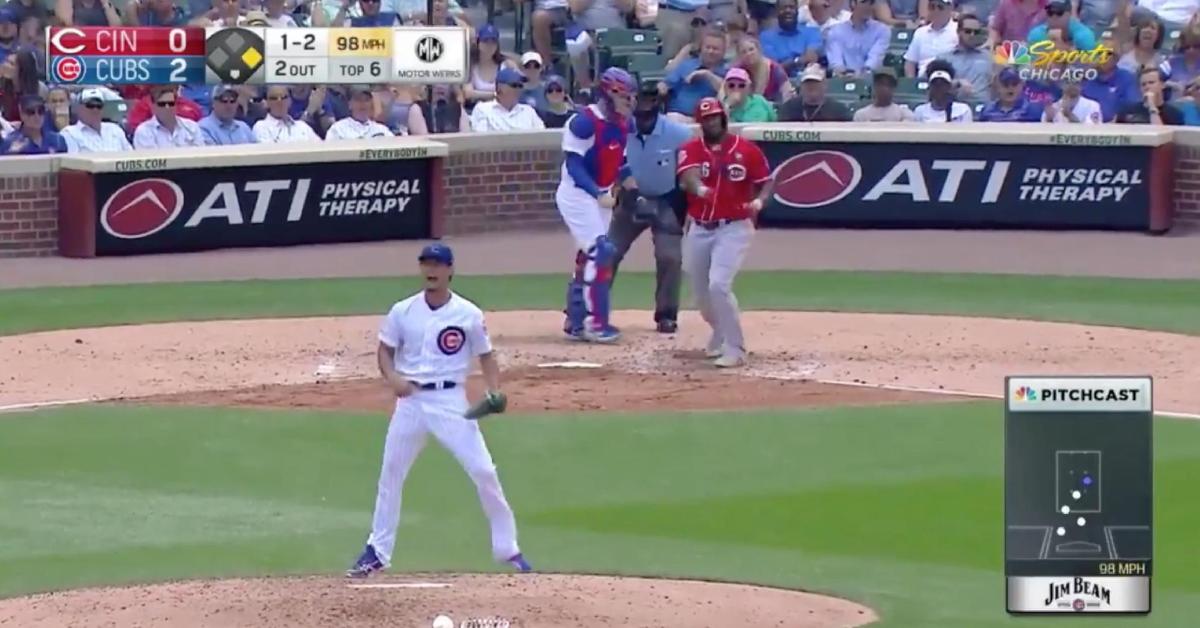 Chicago Cubs right-hander Yu Darvish was fired up after collecting an inning-ending strikeout.

CHICAGO — Chicago Cubs starting pitcher Yu Darvish rarely shows emotion, but he was fired up after striking out Cincinnati Reds right fielder Yasiel Puig to end the top of the sixth on Wednesday. Getting Puig to swing and miss at a 98-mile-per-hour fastball, Darvish left a baserunner stranded.

The at-bat proved to the be the final one of Darvish's 6-inning outing at Wrigley Field on the afternoon, as he finished with seven strikeouts in his six scoreless innings of work. Letting out an intense scream after making Puig whiff, Darvish was clearly pleased with handiwork.