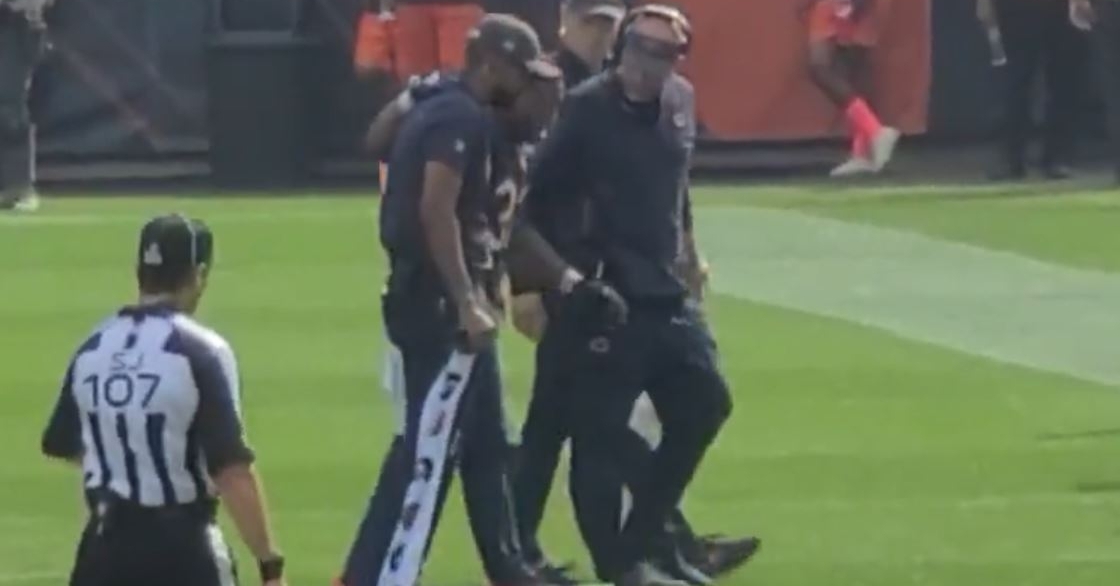 Montgomery will be out of the lineup for 4-5 weeks

This is not good news to report, but I guess it could be worse.

Chicago Bears running back David Montgomery will be out four to five weeks with a knee sprain according to multiple reports including ESPN's Dan Graziano.

Montgomery left Sunday's win in the fourth quarter with the left knee injury.

'Monty' had to be helped off the field with trainers and went straight to the locker room without putting much pressure on his leg.

He was fantastic before his injury with 23 rushes for 106 yards and two touchdowns. For the season, he has 69 rushes for 309 yards (5th in the NFL) and three touchdowns.

Running backs Damien Williams and rookie Khalil Herbert will try to carry the load while Montgomery is out of the lineup.

Other Bears running backs include Ryan Nall (practice squad) and Tarik Cohen who will be eligible to return from the PUP list in week seven.

Per source, tests showed Bears RB David Montgomery has a knee sprain that’s expected to keep him out 4-5 weeks. Not season-ending, but Bears will be without their starting RB for a while.