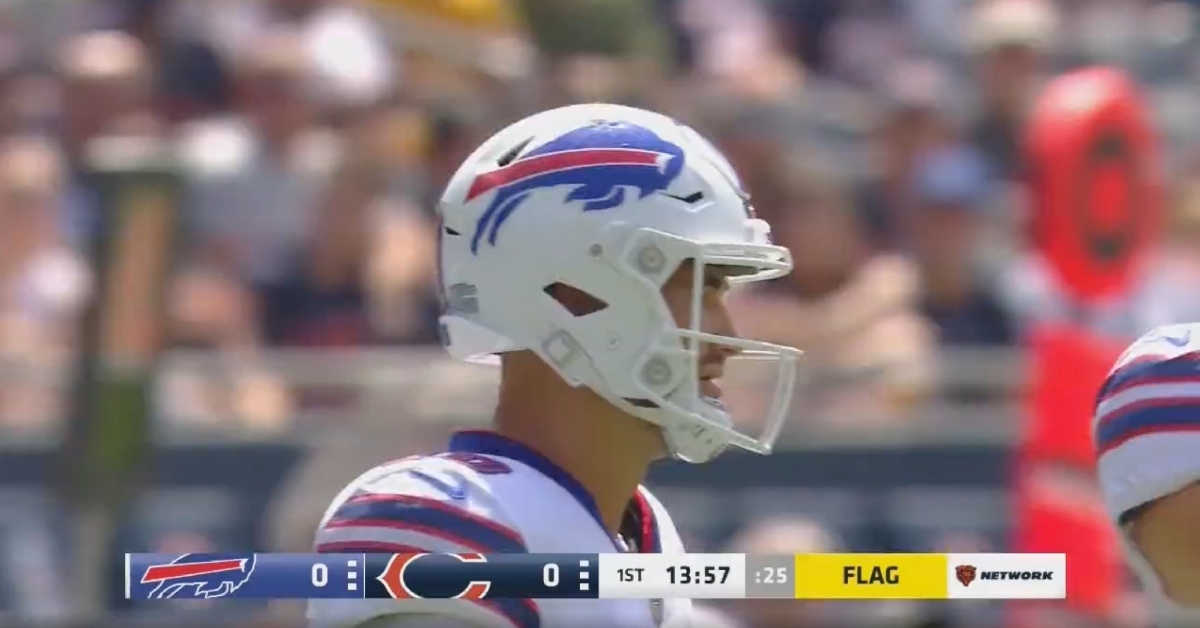 A smattering of boos could be heard amid the cheering at Soldier Field when Mitchell Trubisky entered the game.

CHICAGO — Former Chicago Bears quarterback Mitchell Trubisky made his return to Soldier Field on Saturday and started for the Buffalo Bills, as first-stringer Josh Allen was rested for the contest. The overarching question of how Bears fans would react to Trubisky taking the field loomed throughout the week leading up to the game, with Trubisky's widespread reputation as a first-round bust being compounded by the fifth-year QB's recent critical comments about the Bears.

Bears running back Tarik Cohen even attempted to preclude boos raining down on Trubisky by tweeting his opposition to it earlier this week. While the cheers outweighed the boos, the booing was not exactly drowned out when Trubisky took the field for the Bills' first offensive series.

If you boo Mitch tomorrow you a lame and a weirdo

Prior to the game, Trubisky had a friendly exchange with rookie Bears quarterback — and potential Trubisky successor — Justin Fields. The two gunslingers dapped up during pregame warmups, but the mixed reaction provided to Trubisky by the fans was not as warm.

Trubisky led the Bills on a touchdown drive in his first series, with running back Devin Singletary scoring on a fourth-down pitch play from 14 yards out. Although he was sacked by defensive end Mario Edwards Jr. during the possession, Trubisky completed 5-of-7 passes and commandeered the 72-play scoring drive.