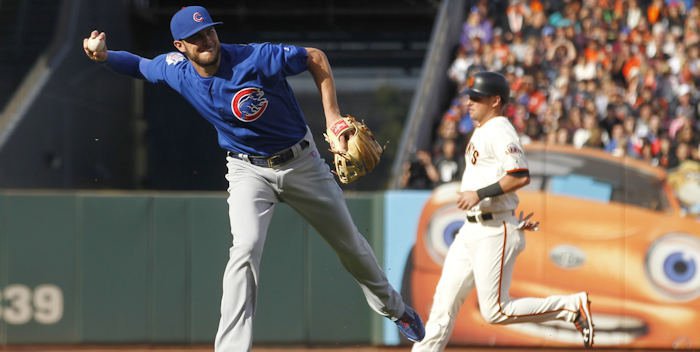 San Francisco - Madison Bumgarner kept the Cubs off balance all night and drove in the only run of the game to single-handedly beat the Cubs 1-0 on Sunday night and win the series.

Bumgarner (6-2, 2.17) tossed 7 2/3 of shutout baseball allowing only 3 hits and striking out six. He also drove in the winning run in the fifth inning on an RBI double to left to score Gregor Blanco. Kyle Hendricks (2-4, 3.30) pitched well in a losing effort, going 5 1/3 innings giving up just three hits and one run.

Chicago only tallied three total hits on the night with eight strikeouts including four from Addison Russell.

The Cubs bats have gone cold in recent games as the Cubs have lost 7 of their last 11 including their last two series to the Brewers and the Giants. However, the Cubs still have the best record in baseball at 29-13.