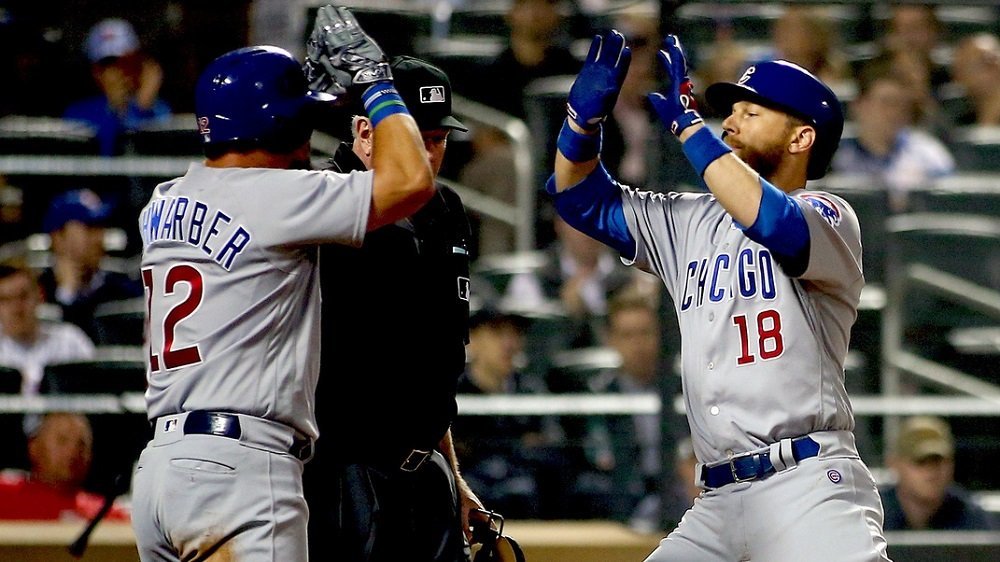 QUEENS — Over the course of the past month or so, when Ben Zobrist has hit leadoff for the Chicago Cubs, good things have generally come about for the Cubs because of it. Crushing a two-run home run in the fifth inning, Zobrist, who served as the leadoff man on the night, put the Cubs ahead 2-0 and set the tone for a 5-1 Chicago victory over the New York Mets.

Winning the opening game of a four-game affair at Citi Field, the Cubs took advantage of a good performance by starting pitcher Jose Quintana, who rebounded following a subpar start in his previous appearance. Three hits, two walks and six strikeouts made up Quintana's stat line. He pitched for six innings and earned the win, becoming 6-4 overall.

At the dish, Zobrist went 3-5 with two RBI, and his 393-foot blast to right-center in the fifth provided the Cubs with a lead that they did not relinquish. Zobrist nearly hit a home run on the previous pitch, sending it just foul down the right-field line, but his hard work paid off on the ensuing throw. Kyle Schwarber, who walked to lead the inning off, scored on the round-tripper.

If at first you don't succeed...

Stream here for the rest of the game: https://t.co/AV1NBIwqn1 pic.twitter.com/hJVzaPUgHC

Entering the game, the Mets stood as the most injury-riddled team in baseball. One area of their roster particularly affected by injuries is the starting rotation, and Seth Lugo, who usually serves as a reliever, made the start for New York for the first time this season.

Lugo lasted just four innings, as Mets manager Mickey Callaway had him on a strict pitch count, and his early departure came back to haunt the Mets. Lugo pitched four scoreless frames, but four different Mets relievers gave up five runs combined. Hansel Robles suffered at the hands of Zobrist in the fifth, and, in the sixth, Jerry Blevins gave up a run on an RBI single by Schwarber.

Javier Baez doubled with two outs in the sixth and came around to score on Schwarber's single. Later in the contest, Baez collected a walk, marking his lone base on balls in the month of May and first unintentional walk since April 7.

Jason Heyward increased the Cubs' lead to four in the seventh, scoring Albert Almora, Jr., on an RBI groundout. Brandon Nimmo, the sole Met to garner multiple hits, pulled New York back to within three with a solo home run in the eighth, but Cubs third baseman Kris Bryant singled in the ninth and scored soon afterward on a sacrifice fly from catcher Willson Contreras.

Winning 5-1, the Cubs (30-23) outhit the Mets (27-27) by a final margin of 11-4. Robles fell to 2-2 with the loss, and Cubs closer Brandon Morrow, who entered with two outs and two runners on in the bottom of the ninth, picked up his 13th save of the season after forcing a game-ending groundout.