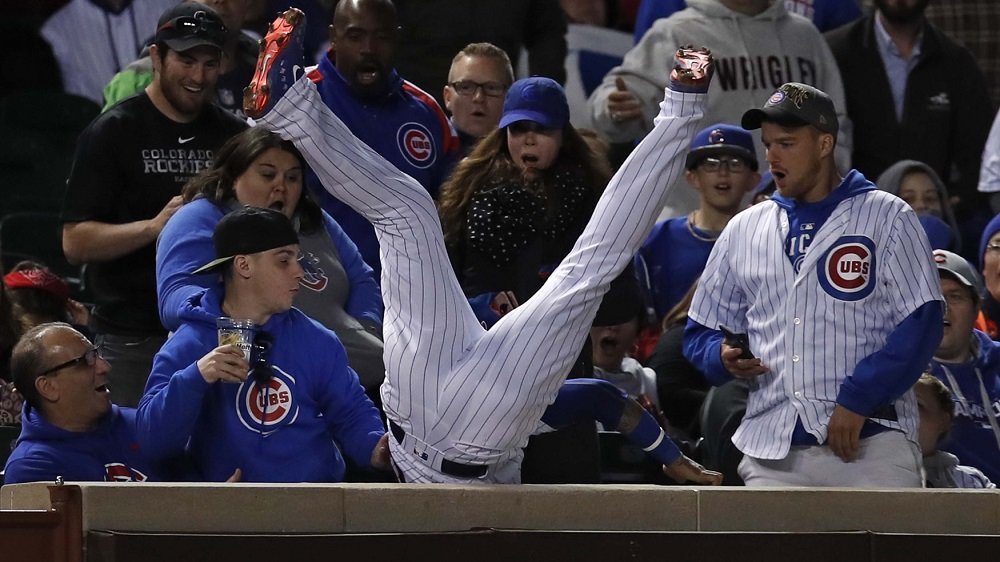 CHICAGO — Returning home following a 6-1 road trip, the Chicago Cubs seemed to be the logical choice for having the upper hand in their matchup with the Philadelphia Phillies at Wrigley Field on Tuesday. Having scored just one run in their previous 29 innings, the Phillies, who had lost three in a row coming into tonight's game, went against expectations by defeating the Cubs with ease.

Riding an excellent start by third-year pitcher Zach Eflin, the Phillies beat the Cubs 6-1 after scoring five runs in the first three innings and coasting to victory. Starting on the mound for the Cubs was Kyle Hendricks, who suffered his second straight losing decision to fall to 4-5 overall. Eflin pitched 7.2 innings of one-run ball, while Hendricks was pulled after giving up five runs on five hits in five innings pitched.

Leaving five runners on base through the opening four frames, the Cubs failed to convert on any of their early scoring chances. The Phillies, on the other hand, were quick to the draw. With his lone hit of the evening, Philadelphia left fielder Nick Williams powered a two-run shot to right in the second inning.

The Phillies tacked on three more runs in the top half of the next inning, in which the first four batters reached base. After a single and a walk began the fourth, Phillies shortstop Scott Kingery hit a bunt single to load the bases. Hendricks proceeded to give up three runs in three straight at-bats. First, he walked in a run. Then, right fielder Aaron Altherr came up with a sacrifice fly. And, to round it out, Williams brought in a run on a fielder's choice groundout.

Leading 5-0 through three innings, the Phillies did not face much of a threat from the Cubs for the remainder of the ballgame. Eflin was finally chased from the game in the eighth when Kris Bryant scored on a two-out double by Anthony Rizzo. Earning him his 39th RBI of the year, Rizzo's two-bagger hit off the wall in right-center.

Truth be told, the highlight of the game for Cubs fans did not involve the Cubs at all. Instead, a video tribute for Jake Arrieta that was shown on the Wrigley Field video board brought the crowd to its feet. Returning to the Friendly Confines for the first time since signing with the Phillies in the offseason, Arrieta, who pitched for the Cubs from 2013 to 2017, was given a standing ovation while the video played prior the start of the second inning. In response, Arrieta conducted a curtain call to show his appreciation for the love shown to him by the fans in attendance.

The most memorable on-field highlight from Tuesday's contest came in the form of a incredible defensive play made by Javier Baez. Manning shortstop for the Cubs, in place of the injured Addison Russell, Baez showed off his best Derek Jeter impression with a spectacular catch of a foul ball down the left-field line in the ninth. Falling head over heels into the stands, much like Jeter did as part of his famous 2001 catch, Baez somehow snagged the ball for the out.

Javier Baez just made a spectacular running catch and flipped into the stands pic.twitter.com/PsJnuMdzXZ

The Phillies scored their final run on an RBI single by Altherr in the ninth. Eflin earned the win to move to 2-2. Despite compiling eight hits, which was just one fewer than the nine hits accumulated by the Phillies (32-26), the Cubs (33-24) were rather ineffective offensively. Falling 6-1, the Cubs had their four-game win streak snapped, largely due to an underwhelming night with runners in scoring position.