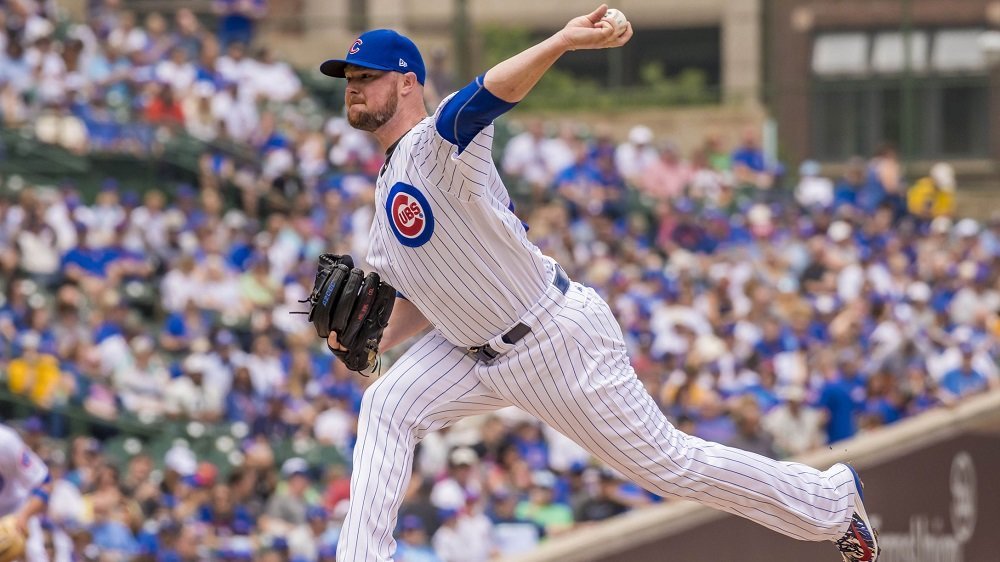 CHICAGO — Entering today's game having won four of his last five starts, Chicago Cubs left-hander Jon Lester continued his recent stretch of dominant pitching by throwing seven shutout innings, in which he struck out five and gave up just one hit and two walks. Despite mustering just six hits and leaving 17 runners stranded on base, the Cubs did just enough to come away with a 2-0 victory at Wrigley Field.

Taking advantage of a Pittsburgh Pirates team that sported a miserable 3-10 record in its last 13 games, Lester dominated the Bucs' batting order. His only trouble came in the second inning, when he walked two straight batters with one out. However, he struck the next two batters out swinging to escape. Lester picked up the win to become 7-2 in what has been a solid 2018 season for him.

Just like the opener of this series, the Cubs did all their damage early, scoring two runs in the opening inning off Pirates starter Nick Kingham. Kingham got off to a rocky start by hitting Kris Bryant, who led off for the second straight game, in his first at-bat. Thereafter, Jason Heyward skied a towering fly ball to deep center field that Pirates center fielder Starling Marte was unable to catch. After initially misjudging the trajectory of the baseball, Marte attempted to backpedal toward it but slipped and fell, allowing the ball to fall. Heyward was credited with a double on the play, and it put runners on second and third.

Pretty sure Starling Marte was just taken out viciously by a sniper while going after a fly ball pic.twitter.com/jwmLBajInB

Mere minutes after that, the Cubs took a 2-0 lead. First, Ben Zobrist hit an RBI groundout that brought in Bryant. Then, Rizzo hit a sacrifice fly to deep right that let Heyward come in to score. If not for the Marte misplay, Kingham would have likely produced a great start, but the two runs that he allowed on four hits and two walks were enough to result in him receiving the loss. Kingham now stands at 2-3 overall.

The sole hit allowed by Lester occurred in the top of the third, when Austin Meadows tripled to right with two outs. Lester forced an inning-ending grounder in the ensuing plate appearance. Cubs relievers Justin Wilson, who received his fifth hold, and Steve Cishek, who received his second save, each pitched a hitless inning after Lester's departure to maintain the one-hitter.

Not a single Cubs batter tallied multiple hits on the afternoon, as six different Cubs collected one hit, but Lester's dominance was enough to bring the Cubs their 11th win in their last 13 contests. The second-straight triumph over the Buccos secured the fifth-consecutive series win for the Cubs, who will have a chance to sweep the Pirates (31-33) tomorrow.

The Cubs (37-24) also tallied their ninth shutout of the season, which leads the majors, surpassing their total of eight shutouts accrued over the entirety of the 2017 season. In addition, the Cubs currently stand at a season-high 13 games over .500 and have the second-best winning percentage in the National League.