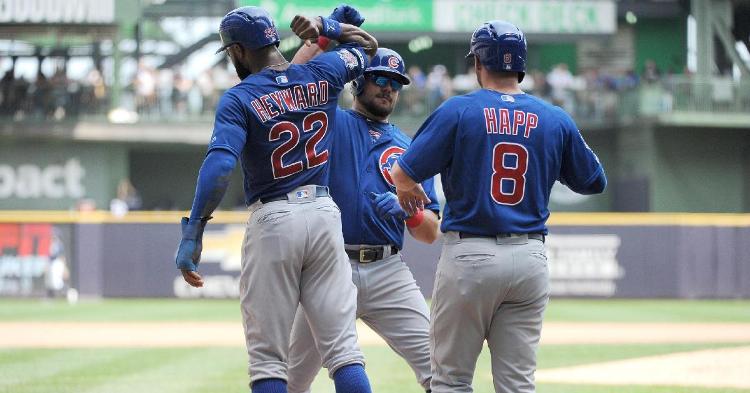 In the last month extended after the Cubs answered their most significant question mark in splashing to ink Craig Kimbrel to a three year 43 million dollar deal, the Cubs have been quietly shaping up their roster and preparing for one of the most critical trade deadlines in Theo Epstein’s career.

Traded for a veteran back-up catcher in Martin Maldonado

Traded away their arm that was struggling most in Mike Montgomery

Sent the clubhouse cancer Addison Russell back to Triple-A Iowa

Put their worse hitter in Daniel Descalso on the injured list

All of these moves seem like positive in house improvements or cheap out of house additions to make this team better or more deep down the stretch of the season, in a pivotal year for the Cubs core who’s Championship window has an almost agreed-upon expiration date after the 2021 season.

While the Cubs have nearly six players, two-thirds of their starting lineup, having career years, the pitching staff continues to be unreliable, and the offense continues to be inconsistent especially with platoon players underachieving.

As the Cubs approach the deadline, tied for first place in the busiest division in baseball there seem to be some holes that Theo Epstein and companions look to be dressing in the next 24 plus hours as the one, hard trade deadline grows near.

After blowing nine games in July alone, the Cubs will be busy looking for reliable lefties and righties in the pen. They somewhat addressed the need for a lefty in Holland but will not stop looking for help from the left side in a league where lefties like Christian Yelich, Freddie Freeman, Juan Soto, and Cody Bellinger dominate. The Cubs have been linked to the Tigers for Shane Greene, the Blue Jays for Ken Giles, the Giants for Will Smith and or Tony Watson and the Diamondbacks for Andrew Chafin among other high leverage late-inning relievers on the market. Several reports have said the Cubs are among the “most aggressive” buyers in search of bullpen help.

With the recent feast or famine aspect of the Cubs offense, it seems like speed, and contact along with defensive versatility are the top priorities in searching for hitters. The ability to hit left-handed pitching remains a need as well. The Cubs have been linked to the perfect fit in Whit Merrifield, but it seems as that ship has sailed with the Royals. Nicholas Castellanos of the Tigers seems the most likely but also the most expensive. Jarod Dyson, the speedy centerfielder of the Diamondbacks, has been linked with Cubs, and so has the quick Oriole Jonathan Villar. Eric Sogard was another name linked to Chicago, but he has already been dealt.

The Cubs could try to make a package for Dyson and Chafin or Castellanos and Greene or continue to look towards cheaper, under the radar solutions to these glaring holes as well. As Kris Bryant called this current stretch as important as any the Cubs will have this season, the sense of urgency on Theo’s plate continues to grow.

Making any deals grows even more complicated when the Cubs are leaning towards protecting the top of their 29th ranked farm system and have limited financial flexibility as it is.

Who knows, he may trade Schwarber after a career game- or Heyward in a career year, whatever the case may be as it seems pretty clear the Cubs will try to make some moves.