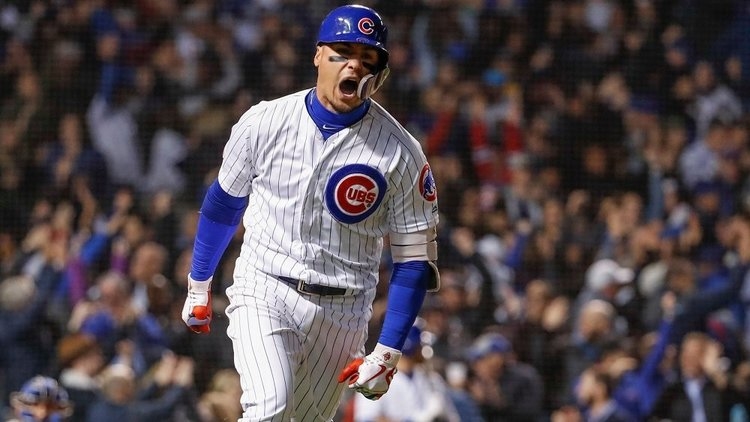 CHICAGO, Ill. — With two outs in the bottom of the sixth in the Wednesday night matchup featuring the Chicago Cubs (12-10) and the Los Angeles Dodgers (15-11) at Wrigley Field, things were certainly not looking up for the Cubbies. Getting shut out by Dodgers starter Walker Buehler with few scoring opportunities under their belts, the Cubs seemed destined to lose. But with one swing of the bat, Cubs spark plug Javier Baez changed the entire trajectory of the contest. Incited by a 3-run blast from Baez in the sixth, the Cubs went on to claim a thriller versus the Dodgers by a final score of 7-6.

Prior to the sixth, the only viable scoring chance for the Cubs came on 2-out double hit to right by Kris Bryant in the third that resulted in Daniel Descalso, who attempted to score from first, being gunned down at home. Meanwhile, Cubs starter Cole Hamels did not live up to his reputation as a Dodger killer, as the lefty who typically performs well against the Dodgers gave up three runs in 5 1/3 innings of work on an RBI infield single by Chris Taylor in the fourth and a 2-run home run by Cody Bellinger in the sixth.

The proverbial script was flipped when Baez went yard in the sixth, with the 369-foot dinger generating a fervor at the Friendly Confines and providing the North Siders with all of the momentum. Buehler exited the game after that, but reliever Scott Alexander experienced a similar fate when he was taken deep by Cubs right fielder Jason Heyward three at-bats into his appearance. Heyward's 3-run shot was lined just over the wall in center field to provide the Cubs with a 6-3 lead. Both round-trippers in the bottom of the sixth came with two outs and two strikes.

Clutch 2-out hitting proved to be a theme for the Cubs on the evening, with Chicago first baseman Anthony Rizzo driving home what proved to be the most crucial run of the game via a 2-out double to right-center that plated Bryant in the bottom of the seventh. Boasting a comfortable 7-3 advantage at that point, the Cubs experienced some discomfort when Alex Verdugo of the Dodgers came through with a 3-run homer of his own in the top of the eighth. Cubs reliever Steve Cishek gave up the moonshot with two outs in the frame.

The Cubs were able to hang on, though, as closer Pedro Strop collected the save in the ninth. With seven runs on seven hits, the Cubs came up clutch with three critical 2-out hits en route to victory. Bryant went 2-for-3 in the 7-6 triumph, helping the Cubs to take game two of the 3-game series and set up a potential sweep on Thursday.