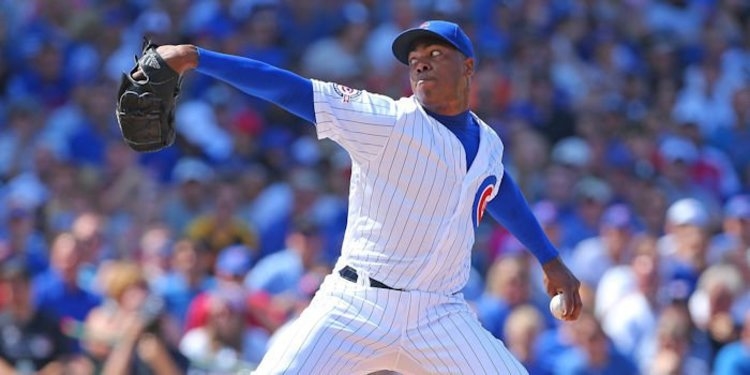 You’ve all heard the news by now; MLB has entered into an agreement with Cuba to allow players to signup without having to defect. That’s the short version. On the surface, it all sounds very humanitarian and fair. Prospects can earn large amounts of money without jeopardizing their or their family’s safety and are free to travel the U.S. to play baseball.

The perilous defection journey of Yasiel Puig and others has been well-documented. No one should have to experience such difficulties to play ball, but it’s not as simple as the MLB and FCB (Cuban Baseball Federation) would have you believe. In fact, it may not happen at all.

Senator Marco Rubio (R-Florida) issued a statement before the ink was dry on the agreement declaring it illegal and dangerous. A great many of the Cuban migrants living in Florida and elsewhere seem to agree and have not been shy about voicing their displeasure. To wit: they claim it is disingenuous at best to claim – as MLB does – that the FBC is not actually an arm of the Cuban government.

Though they claim no official connection, it is widely accepted by many that unofficially, the FCB – previously run by Fidel Castro’s son – most certainly is government controlled. As such, it is against the law to provide monetary support to such an entity, and the Trump administration has been anything but supportive of Cuba. The trade embargo remains in place, and the entire agreement can be rendered null and void with a piece of paper declaring it illegal to do business with the FCB.

To start talks, Major League Baseball had to obtain a license from the Treasury Department. More specifically, it was the Office of Foreign Assets Control (OFAC) that gave MLB license to negotiate. What it did not do is approve the agreement, and Rubio along with other detractors intend to get OFAC to throw it overboard. Sheryl Ring, writing for Fangraphs, had arguably the best piece on the legal reasons the deal may well be dead before it hits the water.

In her article of December 27, Ring stated, “This agreement means that MLB, an American business entity, would be paying money to an unofficial arm of the Cuban government. Because of the United States’ trade embargo, which remains in effect, it’s questionable at best whether this arrangement will survive legal scrutiny. “

Money and lots of it. MLB agreed to pay a whopping 25% of a player’s signing bonus if he is 24 years old or younger and has five or fewer years of service, and the FCB retains the right to refuse to release the player. For players 25 or older with at least six years of service, the MLB will pay the FCB 15 to 20% of the entire contract’s value. I know you can do your own math, but that can quickly add up to a staggering sum of money – all to an organization with alleged ties to an oppressive government.

Consider: If the MLB selects a 24-year-old player from Cuba for a signing bonus of $500,000 (chump change), they would have to pay $125,000.00 to the FCB, in addition to paying the bonus to the player. A 26-year-old signed to a two-year contract for one million per year would mean the FCB gets anywhere from $150,000 to $400,000 for that one player. You get the idea. It seems highly implausible that the Trump administration would agree to a deal that will put millions in the coffers of a suspect Cuban enterprise.

The dangers facing a Cuban baseball prospect wishing to play in the U.S. are indeed real, and defecting puts many in the hands of human traffickers. In its statement to announce the deal, the MLB said:

“Major League Baseball, its players’ association and the Cuban Baseball Federation reached an agreement that will allow players from the island to sign big league contracts without defecting, an effort to eliminate the dangerous trafficking that had gone on for decades.”

This may well be true, but at what cost to the citizens of Cuba who do not get MLB deals, and are forced to remain under the heavy hand of a regime known for oppressing them? Funding such a government – albeit through backdoor channels – seems irresponsible at best.

Said Rubio in a tweet: “Shameful that @MLB would consider joining with the Cuban regime to exploit Cuban baseball players. It would be unconscionable for an American organization to participate in human trafficking which enriches the very regime that oppresses the Cuban people.”

Is this what is happening? Did MLB decide to sidestep the U.S. government to make a deal for baseball players? Is the FCB an arm of the Cuban government, or is that just hearsay? Will the Treasury Department – through the OFAC – squash it before the first prospect is signed?

In our next installment, we’ll seek answers to those questions and more. Stay tuned.