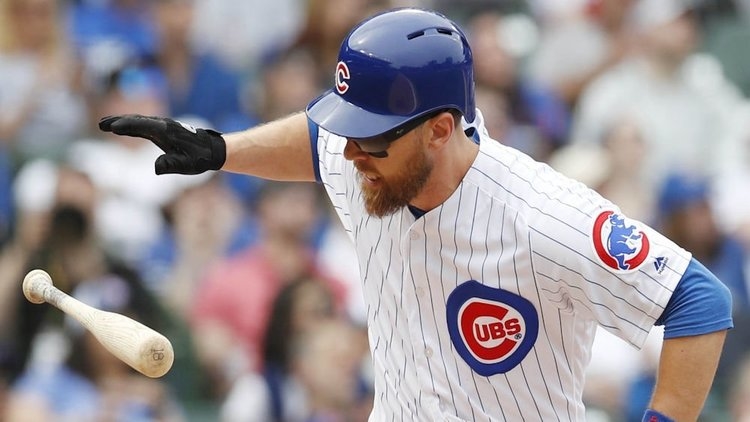 Despite being sitting in first place in the NL Central, the 2019 Cubs seem to need at least one more piece to get them over the top. The Cubs look like a better team than Milwaukee and St. Louis and are still the clear favorites to win the division.

However, they are going to need to plug some holes if they intend to compete with the Los Angeles Dodgers and represent the National League in the World Series. After the signing of Craig Kimbrel to lock down the 9th, the most significant remaining holes the Cubs have are at 2nd base, an extra outfielder, and a strong situational hitter. Did someone say, Ben Zobrist?

Zobrist, who has been away from the team since early May for personal reasons, can fill all three holes and not cost the Cubs that much. The question is if and when Zobrist will return. The Cubs would love to have him back but are not going to rush him. Zobrist’s situation is bigger than baseball, as he’s in the process of getting a divorce from wife, Julianna. The couple has three young children, and their well being must be Zobrist’s priority at this time.

If Zobrist can get to a point where he is comfortable to come back to the team, he would offer a considerable boost to the roster. The Cubs have not had a regular second baseman this season, and some stability would be nice for them. Addison Russell has been good defensively but has not hit, Daniel Descalso is struggling at the plate, and David Bote is best suited as a utility infielder. Zobrist can also play some outfield when needed, which is a spot the Cubs are very thin. After designating Carlos Gonzales for assignment, the Cubs don’t have many options in the outfield. Even as he’s gotten older, Zobrist has shown the ability to move around the diamond and has the versatility to cover the outfield.

Zobrist also hits very well in the clutch, which has been a struggle for much of the Cubs lineup. While his strikeout rate has gone up as he’s gotten older, Zobrist is still very good at putting the ball in play and advancing baserunners. He is a smart, professional hitter, who knows how to work a good at-bat and make pitchers work to get him out. That kind of a player provides a boost to any lineup, but even more so to a team that strikes out far too much.

If Zobrist isn’t able to come back this season, the Cubs will undoubtedly need to be in the market for another position player at the trade deadline. The issue is that there aren’t usually many position players who are available this time of the year and the ones who typically have hefty price tags on them.

In every way possible, having Ben Zobrist would be huge for the Cubs. He is the kind of player that can turn a good team into a contender. He is not an all-star at this point in his career, but he is an outstanding, very consistent all-around baseball player. The time table for his return is unclear, and he may have played his last game with the Cubs, potentially even in the MLB. If he decides not to come back, Cubs fans should be grateful for everything the 2016 World Series has done for the organization.

Right now, the Cubs hope that everything will work out for the best, but understand why Zobrist is away. He needs to put his family situation first and not worry about baseball until this current situation is settled. If he gets to a point where he is comfortable playing baseball, the Cubs would love to have him back. He is precisely what they need right now, and we all hope everything works out for the best.