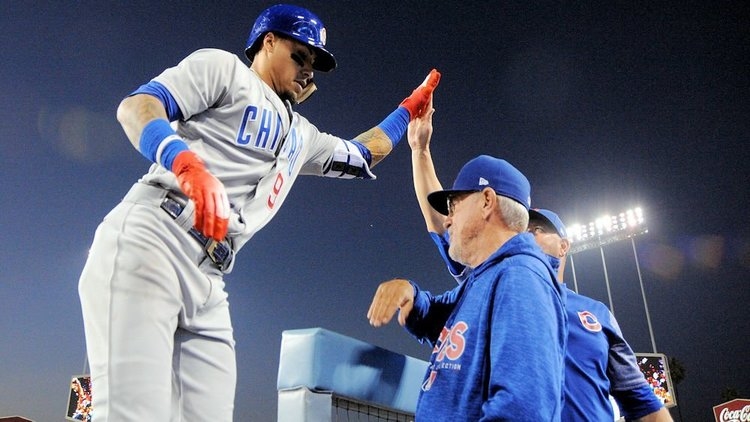 The other day Peter Gammons broke the story that all teams must submit their starting line-ups directly to the office of the commissioner so that his office could sign off on them and forward them to Las Vegas so odds can be set ahead of betting. Teams must then give Las Vegas a 15-minute lead before they can release their line-ups.

The league's statement says, “We are updating a number of our procedures to reduce integrity risks associated with the expansion of sports betting in light of the Supreme Court’s ruling last May. One new procedure is that we now ask clubs to submit starting lineups uniformly to reduce the risk of confidential information being ‘tipped.'

When did baseball become a division of MGM sportsbook? Why is Rob Manfred working so closely with these operations? You have been able to bet on games for many years, and nobody was giving the bookies a heads up until now. It’s like baseball suddenly became a corporate partner and they are getting their cut.

I find this troubling, and I’m not the only one. At least one unnamed baseball manager has said he finds this uncomfortable himself. It goes to the whole issue of independence from gambling. Pete Rose is banned from baseball because of gambling. The 1919 Black Sox scandal cost several players their careers, and they are still banned because of gambling.

It has always been the unspoken biggest no-no in a sport that has slowly crept into the dark world of betting over the last ten years. First, it was fantasy baseball associations, and now it is right smack in the middle of legalized betting on games.

What happens if your starting left fielder eats some bad shrimp for lunch after the line-ups have been approved? Do you play without one? Does he have to bring a porta-potty out with him? Does Clarence at Resorts International Sportsbook get to pick the replacement? I mean what is the purpose of all this when gamblers and bookies had no problem working this all out for 100 years?

This deserves more consideration to see what kind of potential problems it leads to and to make sure nothing suspicious is going on.

And then, just when you think people inside baseball can’t get goofier, John Smoltz proves me wrong. He is a champion of making baseball completely unrecognizable ever since he retired from the game. Almost weekly, while doing color for the game of the week, he comes up with something so crazy that you wonder how he survived playing a game he apparently thinks is totally wrong.

“I know people roll eyes at it," Smoltz said, “but it works in the minor leagues. Eliminate divisions and have two 15-team leagues.”

According to people who have wasted time thinking about this whole thing. The playoff format would be simple: Whoever wins the first or second half would qualify for the playoffs and earn the top two seeds in each league.

If the same team won both halves, the second-best team in the second half would get the other top seed. The No. 1 seed would go to the team with the best overall season record between those two teams. The final three spots would be determined by overall record, with the two final spots serving as the wild-cards. All tiebreakers would be determined by scoring differential.

Baseball would then have a one-game elimination in each league where mascots from the two teams would battle it out in a series of on-field games culminating in the Bozo grand prize game bucket toss.

Seriously, this is about the dumbest thing I have ever heard anyone who should know better utter out loud while sober. Why are people always trying to change a game that is just about perfect? Stop lowering the game to the mentality of the millennials who have no idea what the hell they want in life as it is. Why are we being forced to make them happy? Let them find another sport or learn to like baseball as it is.

Can we start the season already before baseball falls and breaks a hip.