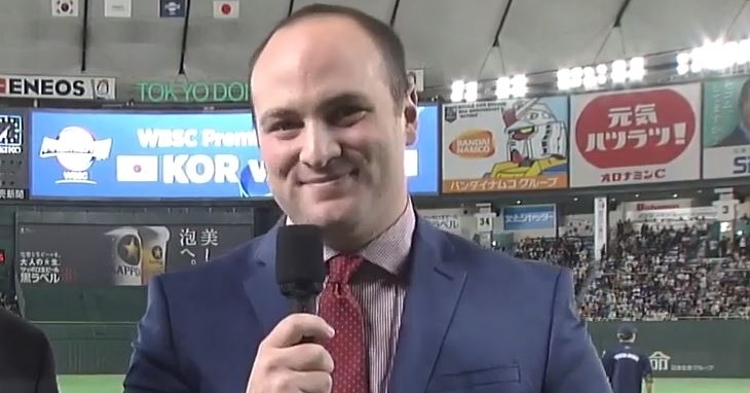 Cohen is the voice of the Iowa Cubs

Cohen is the voice of the Cubs triple-A affiliate, the Iowa Cubs, and has bounced around the minor leagues. Cohen found his home in Iowa in 2017 and has been with the I-Cubs ever since.

Cohen reflects on his decade in minor league baseball by sharing some of his best memories, and even future plans to end up in the MLB as the voice of his hometown Phillies or any team that comes calling.

In the conversation, Cohen made various predictions on which minor leaguers and prospects may make a difference at the Major League level this year.

Zack Short is a middle infielder who Cohen spoke very highly of, as well as outlining the path for Dillon Maples’ electric stuff to find a home in the back end of the Cubs’ bullpen.

Anthony and Alex also analyzed MLB’s top 100 list of prospects, which include Nico Hoerner, Miguel Amaya, Brennen Davis, and Brailyn Marquez, all of whom have never played an inning of triple AAA baseball.

The pair talked about the role Nico Hoerner will likely fill on the 2020 Cubs as well as the possibility of him starting the year in Iowa, much like Ian Happ did last year.

Speaking of Happ, the two talked about how Happ seemed to have a breakthrough toward the end of the season in 2019 with an increase in power and on-base percentage as well as a decrease in the strikeouts that have often plagued him. Happ, according to Anthony and Alex, has the potential not only to be productive but be above average as an everyday center fielder.

After analyzing some of the holes, the Cubs appear to have at second base (Hoerner), center field (Happ), or back end of the bullpen (Maples) the duo discussed who may be the Cubs’ fifth starter.

While Tyler Chatwood appears to be the favorite based on experience and pay, Alec Mills and his commendable stuff and Adbert Alzolay and his potential are also options.

Catch the full conversation on Soundcloud, Apple podcasts, or the CubsHQ website.