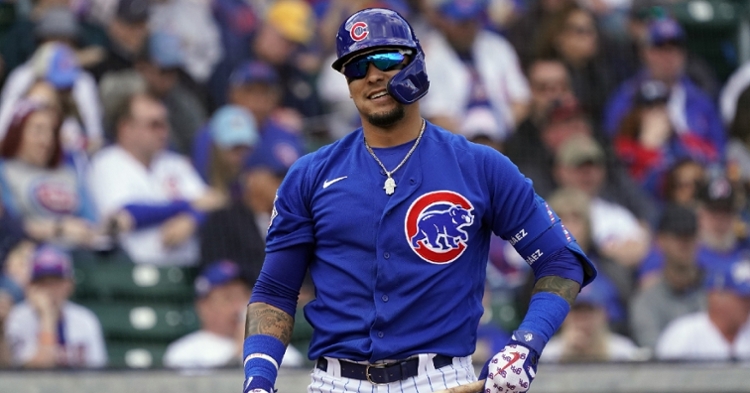 Wednesday’s Game Recap: Tyler Chatwood made his third start of the spring, as the Cubs (5-7) faced the Reds (4-5) at Goodyear Ballpark.

The Cubs grabbed an early 1-0 lead after Kris Bryant doubled and Javier Baez singled. Chicago would build the lead to 3-0, but the reds began fighting back in the third.

Chatwood would work three strong innings, fanning five. Had it not been for the home run that he gave up to start the third, he'd have been perfect.

Craig Kimbrel made his debut in the fourth inning, striking out two, but also allowing a homerun. His velocity was in the mid-90s.

So, 2 Ks and a HR allowed in Kimbrel’s spring training debut. Ends the inning striking out Ervin. pic.twitter.com/UOOgBZN0q5

The teams would trade punched until the bottom of the ninth when the Reds would tie it at 6-6. There are no extra innings in spring, so that's the way it ended.

Daniel Descalso: The Cubs will have a decision to make on a Daniel Descalso, but despite his spring batting average of .125 and an OPS of just .388, it may be a tougher decision than you think. Descalso has made consistently good contact this year, hitting a lot of flyballs and line drives to deep in the outfield – all fields to boot. The only problem is there’s always somebody there.

With the number of second baseman the Cubs have available, they may still release him. His contract money for this year is guaranteed, so either way they’ll pay him. The question becomes whether or not they want to spend the extra $2.5M million to open up a roster spot. Before you get your hopes up, I don’t see Nico Hoerner making the roster either, at least not out of spring training. My money is currently on David Bote and Jason Kipnis, with Carlos Asuaje serving as the alternate to Kipnis.

Pedro Strop: The former right-hander says the Cubs tried, but just couldn’t show him the money. As you’ll recall, this is the same thing that Brandon Kintzler’s agent told me about their desire to retain Kintzler.

Strop said Cubs tried hard to sign him but couldn’t spend what Reds offered. Said they told him they were trying to stay under the “salary cap”

Strop, on facing the Cubs... pic.twitter.com/3ymNEjwb1D

J-Hey: Jason Heyward spent some time breaking down the difference between playing right and center fields.

His explanation of the view he gets from right is interesting, stating that he’s able to the entire playing field without really moving his head much.

A 5-time Gold Glove winner, the #Cubs' Jason Heyward broke down the difference between playing center field and right field.

Bullpen questions: As time goes on, there still seems to be a lot of confusion surrounding the Cubs bullpen, but then again, that doesn't look like anything new. The difference this year is that there really isn't a setlist of relievers.

You can bet Kimbrel, Jeremy Jeffress and Rowan Rick will be there. I would also bet that Brad Wieck makes a return, and you can count on Alec Mills, but the last three spots are still wide open. There could even be a fourth spot to fill if David Ross elects to use the 26th spot for a reliever, but you’d have to think that he’ll opt for another bench player. With the three-batter minimum, pitchers may elect to carry that extra reliever though, as guys won’t be able to be used every night.

Jed Hoyer: Hoyer talks about some of the changes he would make if he was in charge of baseball in the following interview with 670 The Score:

#Cubs general manager Jed Hoyer explains the two adjustments he'd make to grow the game if he was the baseball czar.

Jon Lester: When asked why he never smiles on pitching days, Lester says, "The other four days I'm in the dugout, I'm doing nothing to help the team [win that day] ... When I'm out there, I want that day to go well so bad. That's what drives me."