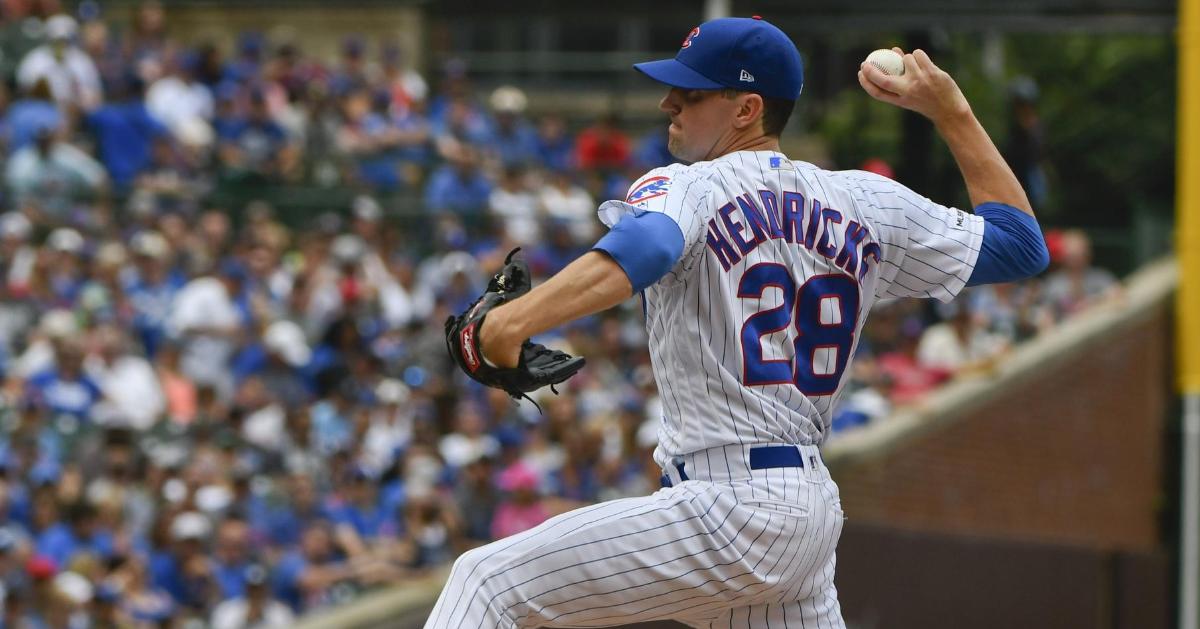 CHICAGO — A rainy start gave way to a drab performance by the Chicago Cubs (54-45) in their series finale against the San Diego Padres (47-52) on Sunday. Missing out on a chance at pulling off a 3-game sweep, the Cubs were outscored 5-0 following the opening inning and lost 5-1. The action at Wrigley Field got underway following a half-hour rain delay that was brought on by a brief squall. The Cubs proceeded to take a 1-0 lead not long after the delay ended but were unable to push any more runs across the rest of the way.

Recent call-up Adrian Morejon started on the mound for the Padres in his big-league debut on the afternoon. Morejon was not given much leeway though, as he was pulled after pitching just 2 1/3 innings. Javier Baez tabbed a single off Morejon in the bottom of the first, and, following a bloop double hit down the right-field line by Kris Bryant, Baez crossed the plate thereafter on an RBI groundout from Anthony Rizzo.

Neither club was particularly effective at the plate, with both teams tabbing a modest six hits, but the Cubs were particularly ineffective once the first frame concluded, with the North Siders not moving another runner into scoring position until Rizzo reached second base on a fielder's indifference in the bottom of the ninth. Cubs right-hander Kyle Hendricks did not receive much help during his 7-inning start. Despite giving up just four hits and two walks while striking out five, Hendricks came away with the losing decision.

A sacrifice bunt paid off for the Padres in the fifth, when they finally got on the scoreboard. After Francisco Mejia reached second base on a bunt laid down by the pitcher, he motored home on an RBI single smacked to right by Fernando Tatis Jr. Mejia scored the Padres' second run, too, as he took matters into his own hands and skied a 381-foot solo shot out to right in the top of the seventh. In the top of the ninth, Mejia came through again when he reached base on a gusty bunt single that put runners on first and second with one out.

With two outs and runners still on first and second, Cubs manager Joe Maddon opted to bring reliever Carl Edwards Jr. into the game. Edwards was activated by the Cubs on Friday after missing nearly six weeks due to a thoracic strain that he suffered in early June. Making his first major-league appearance since June 9, Edwards did not fare well. He walked the first batter to load the bases and then hit the next batter on the foot with a pitch to draw a run in. On the very next pitch after that, Tatis notched another opposite-field single, with the 2-run base knock providing the Padres with a 4-run advantage. Although they lost the finale 5-1, the Cubs won the series by taking two of three in advance of a 9-game road trip.