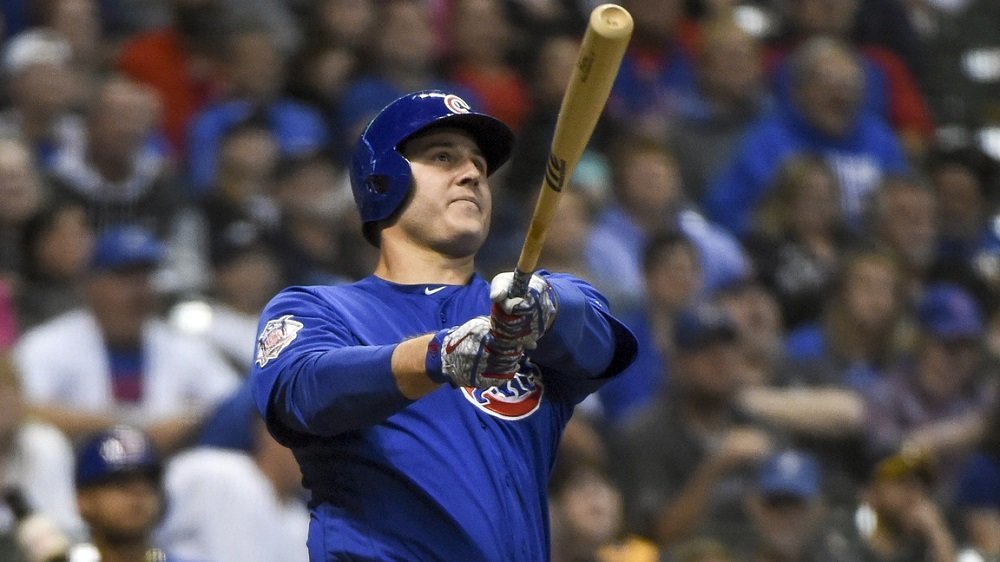 MILWAUKEE — With one swing of the bat, Chicago Cubs first baseman Anthony Rizzo lit a fire under his teammates and incited an extra-innings scoring barrage to push the Cubs to victory over the Milwaukee Brewers. Hitting a towering 410-foot shot just inside the right-field foul pole, Rizzo gave the Cubs a 3-2 lead in the 11th inning as part of a five-run frame that ultimately provided the Cubs with a 7-2 win.

Ironically, solo home runs were the only reason that the Brewers were in the position to have Rizzo hit that solo homer against them. Scoring both runs via solo jacks, the Brew Crew went yard twice against Cubs starter Jose Quintana. Quintana pitched well, save the pair of dingers, giving up just four total hits in six innings on the bump.

Erik Kratz put the Brewers on the board with a leadoff home run in the third inning. A few innings later, Cubs second baseman Javier Baez scored on an RBI single to left by outfielder Albert Almora, Jr. Baez put himself in that position with a single to start the inning and an ensuing steal.

The Brewers quickly regained the lead, as Jonathan Villar took Quintana deep on a home run to center field in the bottom half of the fifth. Cubs catcher Willson Contreras nearly returned the favor in the next frame, but Ryan Braun robbed him of a solo shot by leaping up at the wall and bringing the baseball back over the partition with an impressive snag.

Braun then played to the Miller Park crowd by hiding his glove behind his back as if he did not catch the ball. Despite having a home run taken away from him, Contreras could not help but applaud and smile after the spectacular play.

In the eighth, the Cubs evened the score. Ben Zobrist drew a walk to start the inning and lucked out soon afterward, when he tagged up and advanced to second base on a fly ball. The throw to second was misplayed by the Brewer covering the bag, so Zobrist, who would have been easily tagged out if the throw were handled properly, slid in safely.

On the next at-bat, Brewers pitcher Josh Hader, who was charged with a blown save, gave up an RBI single to Jason Heyward that made the score 2-2. Heyward went 3-6 at the dish and drove in three runs to continue his recent hot streak.

The Brewers went cold on offense after that, failing to advance a man into scoring position until they trailed by five runs in the bottom of the 11th. Rizzo's home run, which came against Matt Albers, was the first of four hits and five runs for Chicago in the 11th. It served as Rizzo's only hit of the game and increased his home-run total to 11 and his RBI total to 46.

With his second stolen base of the night, Baez sparked a two-out rally in the 11th by stealing second after collecting a walk. Baez advanced to third on the play because of a throwing error by Kratz. Albers then came unglued, hitting Addison Russell with a pitch and giving up back-to-back RBI singles to Zobrist and Almora, Jr., respectively. Almora, Jr., went 3-6 with two RBI.

Leading 5-2 at that point, Heyward provided the Cubs with some insurance runs following a pitching change. He smashed a double to deep center that scored two, putting Chicago ahead by five. Relief pitcher Anthony Bass, who was just called up from the minors by the Cubs earlier in the day, pitched a scoreless 11th to secure the 7-2 win for Chicago.

Cubs reliever Randy Rosario, who outed all six of the batters whom he faced on the evening, received the win to remain undefeated at 3-0. Because he gave up the go-ahead home run to Rizzo, Albers took the loss to drop to 3-2.

The triumph gave the Cubs (38-25) their seventh straight win over the Brewers (39-27) and also pushed them a half of a game ahead of Milwaukee in the National League Central. The Cubs are now 8-1 against the Brewers on the season, which is the best record against any divisional foe for the North Siders.