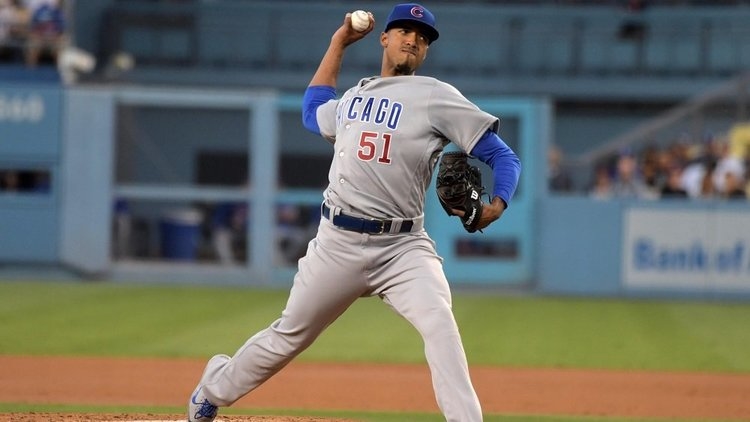 After the winning the early game against Texas yesterday afternoon, the Cubs (16-11-2) traveled to Goodyear Ballpark to face the Indians in the second game. The Cubs sent right-hander, Duane Underwood Jr. to the mound, to square-off against Cleveland’s right-handed ace, Corey Kluber.

T1: (CLE: RHP-Kluber) Cristhian Adames would start the night with a leadoff walk, followed by Addison Russell’s triple, which scored Adames. Ian Happ would temporarily stall the rally with his strikeout, but Mark Zagunis’ sac-fly would score Russell. Victor Caratini would fan to end the inning. Cubs lead 2-0.

B1: Duane Underwood, Jr would get a quick groundout, but then serve up a home run ball. A strikeout would be followed by a single, then a second strikeout to end the inning. Cubs lead 2-1.

B3: Righty, Dillon Maples took the mound and got two quick outs (strikeout, groundout), but a misplayed ball in left by Field would result in a triple. A groundout would end the inning. Cubs trail 6-2.

T4: (CLE: RHP-Kluber) After Zagunis flied out, Caratini would single to right, followed by Field who got beaned on the wrist. Marzilli’s pop-out, followed by Davis’ groundout would end the frame.

B4: Randy Rosario (LHP) would get a quick groundout, thanks to a great play by Adames, but Adames got antsy on the next play and misplayed a ball (error) that should have been Russell’s. Another nice play by Adames would result in a groundout, and the inning would end on a grounder to second. Cubs trail 6-2.

B5: Rosario would get a flyout, issue a walk, and strikeout a man before being replaced by righty, Rowan Wick. A quick strikeout would end the frame. Cubs trail 6-2.

T6: (CLE: RHP-Kluber) After striking out Zagunis, Kluber was replaced by lefty, Brad Hand. Caratini would groundout, but Field would follow, crushing a solo homer to left. Marzilli walked, but Davis’ flyout would end the inning. Cubs trail 6-3.

B6: Wick would start with a flyout, but the next flyball would sail out of the park. After getting another flyout, Wick would give up a second homer in the inning. A strikeout would end the frame with the Indians now up 8-3.

T7: (CLE: LHP-Olson) Olson would retire Young (strikeout) and Adames (groundout), before being replaced by righty, Jon Edwards. Hoerner would fly out to end it.

B7: James Norwood (RHP) would earn a strikeout, then give up a single to the right. A lineout would then be followed by a single to left, but a pop-out would end the inning. Cubs trail 8-3.

B8: Righty Dakota Mekkes would finish the night on the mound, retiring the first batter he faced on a flyout. He would then ring up a strikeout, before issuing a walk and an infield single (runner advance to second and third on throwing error- Bethencourt). Mekkes would get a strikeout to end the inning. Cubs trail 8-3.

Makkes with a strikeout to end the 8th pic.twitter.com/DT4NPPhEzd

The Cubs will take on the Colorado Rockies tonight in Scottsdale, and will send Jon Lester (0-0, 9.53 ERA) to the mound. The Rockies have not yet determined their starter and televised: MLBN, MLB TV, and ATT Sportsnet-RM.