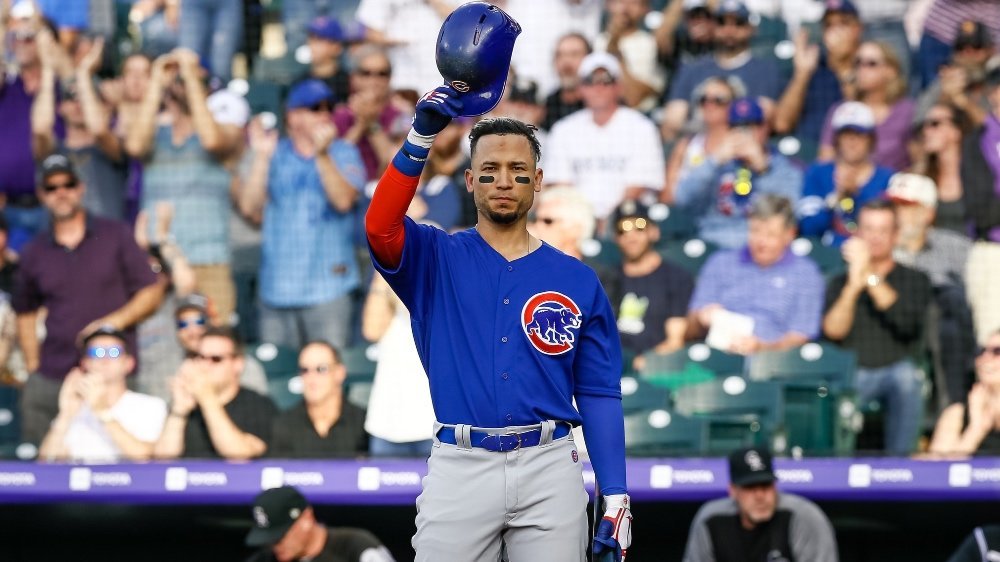 DENVER — A figurative home-run derby at Coors Field culminated in the Colorado Rockies (34-31) edging out the Chicago Cubs (37-28) in the series opener on Monday night. Beginning a 7-game West Coast road trip, the Cubs powered out three home runs in one inning but ultimately came up short to the Rockies, who hit three home runs in total. The 6-homer game featured 17 combined hits and resulted in a 6-5 Rockies win. The Cubs took two of three from the Rockies at home last week but were unable to emerge victorious in game one of the 3-game road test.

Since joining the Cubs last season, Colorado native David Bote has made a habit out of racking up critical hits against the team from his home state, and Tuesday's contest was no exception. Bote led off the third inning with a 410-foot solo shot to right-center, which was the first of three dingers hit by the Cubs in the third frame. Kyle Schwarber made it back-to-back blasts when he crushed a home run after Bote went yard. Following a walk of Kris Bryant, Anthony Rizzo connected on a pitch at the bottom of the strike zone and golfed it out for 433-foot rainmaker. The 2-run bomb put the Cubs up 4-0, but the Rockies quickly cut into that lead.

Cubs starter Yu Darvish suffered one bad inning in his 6-inning outing, and it came in the form of giving up a pair of 2-run jacks in the bottom of the third. Charlie Blackmon smacked the first 2-run bomb just fair down the right-field line to make it 4-2. With two outs, Nolan Arenado tied the game at 4-4 with a 2-run tater to left. Darvish went on to pitch six innings on the evening, with five of the six frames serving as scoreless innings. Rockies starter German Marquez produced a similar 6-inning stint on the mound, as the 4-run third inning turned out to be his only blemish.

In the bottom of the seventh, the Rockies' Ian Desmond overshadowed the five aforementioned home runs by cranking a jaw-dropping 486-foot moonshot to left, which marks the longest homer of the 2019 MLB season thus far. The towering solo round-tripper provided the Rockies with a 5-4 lead, but the Cubs evened the score in the following inning. Bryant collected a leadoff walk and proceeded to reach third on a base knock from Rizzo. Javier Baez then hit into a fielder's choice that enabled Bryant to score with ease, thereby knotting the Rockies up at 5-5.

??LONGEST HOME RUN OF THE SEASON ??

The back-and-forth nature of the matchup continued in the bottom of the eighth, when the Rockies retook the lead. Former Cub Daniel Murphy drilled a 1-out double that ricocheted off first base and into right field. With two outs, Murphy came home to score on an RBI single batted by Ryan McMahon off Cubs reliever Steve Cishek. McMahon was thrown out while attempting to stretch the single into a double, but that did not come back to bite the Rockies.

Rather, closer Wade Davis, who suited up for the Cubs two seasons ago, finished on the game in the ninth. Bote tabbed a single as part of a last-ditch effort with two outs, but, after that, Schwarber struck out looking to finalize the 6-5 Cubs loss. Also of note, Cubs right fielder Carlos Gonzalez returned to Coors Field to battle the Rockies, the team that he suited up for from 2009 to 2018, for the first time since leaving the club in the offseason. The veteran outfielder received a standing ovation from the fans in attendance at the start of his first plate appearance, leading "CarGo" to tip his batting helmet in appreciation. Overall, Gonzalez went 0-for-3 with one walk at the dish.