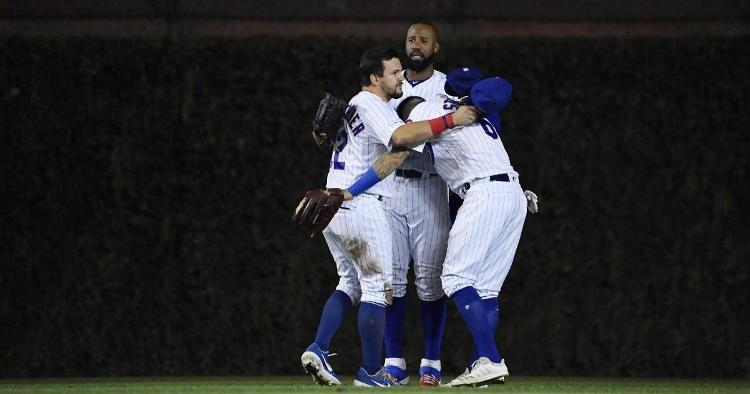 CHICAGO — Featuring a combined 23 runs and 27 hits, the slugfest between the Chicago Cubs (68-58) and the San Francisco Giants (63-64) on Wednesday was one for the ages. Perfectly embodying the state of Major League Baseball in 2019, the video game-like duel featured seven combined home runs, with the final home run of the night proving to be the winning hit. The Cubs came out on top in the epic duel at Wrigley Field, as a 2-run homer by Kris Bryant in the bottom of the eighth culminated in a 12-11 Cubs victory.

The two teams traded home runs off and on throughout the evening as part of a matchup with five lead changes. Cubs starting pitcher Yu Darvish and Giants starting pitcher Dereck Rodriguez did not fare well. While Rodriguez gave up six runs in four innings pitched, Darvish was doomed by the home-run ball in his 5 1/3 innings of work. Four of the seven hits allowed by Darvish were homers, and, despite striking out eight, Darvish departed the game with his tail between his legs after giving up back-to-back dingers in the top of the sixth.

Nicholas Castellanos served as a spark plug for the Cubs by going 4-for-5 with two runs scored and three RBI. After the Giants took a 2-0 lead via a 2-run blast by Evan Longoria in the top of the first, Castellanos answered with a 2-run shot of his own in the bottom half of the same inning, thus becoming the first player in Cubs history to hit a first-inning home run in three consecutive games. Darvish came through at the plate in the next frame, as he feigned a bunt attempt and swatted an RBI single that gave the Cubs the lead.

Darvish proceeded to implode in the top of the sixth, and a catching error that Darvish committed while attempting to cover first base on a grounder sparked his downfall. Following the error, Stephen Vogt capped off a hard-fought at-bat with an impressive 2-run tater that pulled the Giants to within one. Just three pitches later, the game was tied up, as Kevin Pillar smoked a solo shot that evened the score at seven runs apiece and chased Darvish from the game.

Reliever Derek Holland, who was traded to the Cubs by the Giants in July, replaced Darvish on the mound and was booed after giving up back-to-back doubles, with the first one coming in the form of a 2-run double by Austin Slater. Slater was thrown out at third base while attempting to stretch the double into a triple, so if Slater had held up at second base, he would have scored on Yastrzemski's ensuing 2-out double. Considering that San Francisco lost by one run, that risky baserunning decision arguably came back to bite the Giants.

Fitting with the trend of the game, the Cubs responded to the Giants' lucrative inning by scoring three runs on four hits in the bottom of the sixth. With runners on the corners, Anthony Rizzo hit an RBI ground-rule double into the ivy. Next, Javier Baez accrued an RBI infield single on a nubber, and Schwarber then hustled to beat out a throw to first base for an RBI fielder's choice. After fielding Schwarber's comebacker, Giants reliever Tony Watson opted to try for the inning-ending double play instead of attempting to throw Rizzo out at the plate. Yet another questionable choice by the Giants worked in the Cubs' favor, as the double play did not come to fruition, thereby allowing the Cubs to take a 10-9 lead.

WHEELS!#Cubs lead 10-9 after an emotional rollercoaster of an inning. STREAM for more at https://t.co/nTYJjJmDrg pic.twitter.com/nSHe4Dxpp7

San Francisco regained the lead with a 2-run seventh inning that was composed of an RBI single by Vogt and a sacrifice fly by Brandon Belt. The frenetic scoring cooled off for a bit after that, but the Giants were unable to maintain their advantage for good. Castellanos led off the bottom of the eighth with an infield single, and Bryant followed that up with a go-ahead bomb. The 2-run dinger smacked out to left field resulted in the eventual final score of 12-11. Schwarber was gunned down at home on a close play that wrapped up the eighth inning, but Cubs closer Craig Kimbrel pitched a flawless ninth inning to bring a wild affair at the Friendly Confines to an end.