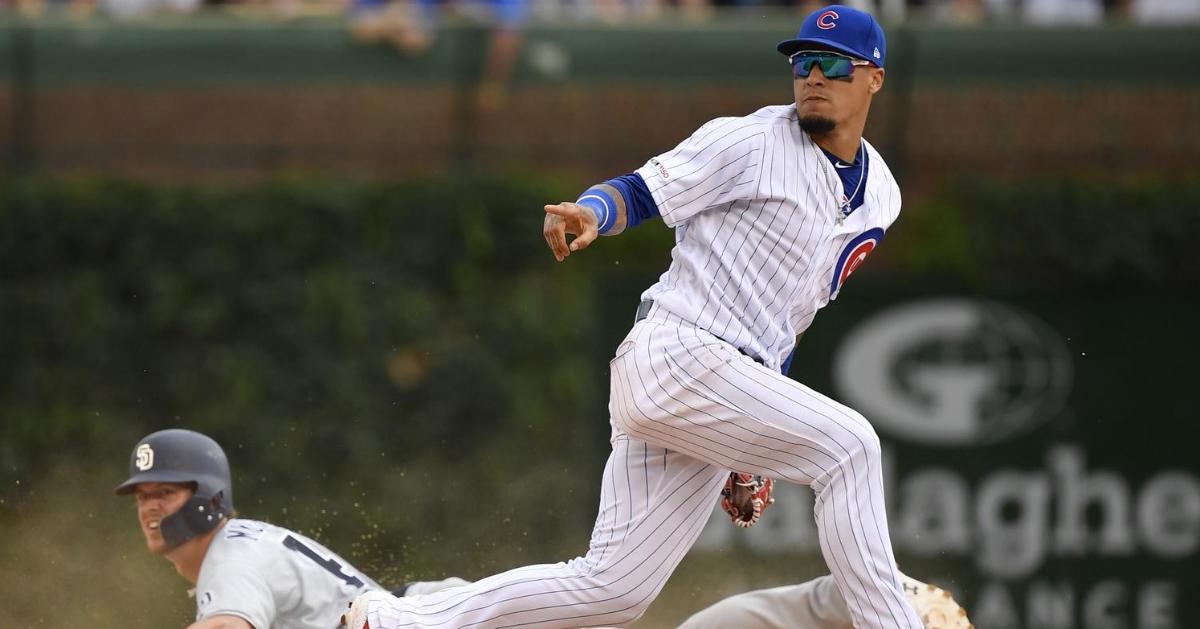 CHICAGO — On a sweltering Saturday afternoon at Wrigley Field that featured perpetual glaring sunlight and occasional blustery winds, the Chicago Cubs (54-44) were forced to battle the conditions, in addition to the San Diego Padres (46-52). A thrilling showdown took place at Wrigley Field, with the Cubs topping the Padres 6-5 for the second day in a row. Four impressive home runs were hit during the contest, and critical defensive plays that ranged from woeful to spectacular heavily impacted the game. A combined 20 hits were amassed in the duel, with Cubs infielders Javier Baez and David Bote each going 3-for-4 at the dish.

The Cubs jumped out to a 2-0 lead against Padres starter Joey Lucchesi in the bottom of the first. Baez kicked things off for the Cubs with a double, and, following a walk of Kris Bryant, Baez was plated on an RBI groundout from Anthony Rizzo. The next at-bat saw Robel Garcia hit his second triple in a Cubs uniform with an RBI 3-bagger that ricocheted off the right-field wall. Cubs starter Jose Quintana gave up the lead in the top of the third, though, with Padres sluggers Fernando Tatis Jr. and Manny Machado going yard. First, Tatis hammered a leadoff blast that traveled 468 feet into the center-field seats. A few plate appearances later, Machado smashed a 406-foot 2-run shot out to right that put the Padres up 3-2.

Flipping the script, the Cubs answered the Padres' dingers with some rather effective small ball. Three straight singles by Baez, Bryant and Rizzo, respectively, to start the bottom of the third culminated in Baez coming home and evening the score. In the ensuing frame, the Padres tabbed two consecutive singles that were followed by two straight flyouts. The second fly ball, which was hit by Tatis, turned out to be a sacrifice fly, as it resulted in Luis Urias scoring and regaining the lead for San Diego.

The roller-coaster ride continued into the bottom half of the fourth, with Baez making perfect contact on a sinker thrown by Lucchesi and sending it sailing 412 feet into the left-field bleachers. The 3-run shot, which gave the Cubs a 6-4 advantage, marked Baez's 24th homer of the season. Answering Baez quite emphatically, the Padres' Hunter Renfroe cranked a 428-foot no-doubter out beyond center field in the top of the fifth. The solo bomb pulled the Padres to within one run of the Cubs.

Interestingly, Renfroe's dinger served as the final scoring play of the matchup, but the remainder of the game was certainly not lacking in the excitement department. The Padres suffered two errors in one inning on Friday and essentially cost themselves the game in doing so. In the fifth inning on Saturday, the Padres dodged a bullet when their defensive perils returned. With two outs and men on first and second, Bote hit a chopper that took an awkward hop before reaching Tatis, who started at shortstop. The baseball proceeded to hit Tatis in his chest, and Bote reached on an infield hit. With the bases loaded, Jason Heyward skied a popup to shallow left field that the Padres nearly allowed to fall in for a hit before a last-gasp catch was made to end the inning.

In the top of the sixth, the Cubs dealt with their fair share of defensive snafus. At the beginning of the inning, Bote, who was playing at third base, gunned an errant throw across the diamond on what should have been a routine groundout. Thereafter, Cubs second baseman Addison Russell, who suffered several gaffes on the afternoon, including being doubled off at second base on a lineout, lost a high fly ball in the sun. The popup dropped, but, fortunately for the Cubs, the runner on first was easily thrown out at second base, as the infield-fly rule was not in effect.

The Padres wound up going scoreless in the sixth, and their only other notable scoring opportunity came on a fly ball driven off the bat of Machado to lead off the seventh. The Cubs were given a gift by Mother Nature, as the wind began to blow in at Wrigley Field not long before the seventh inning commenced. Therefore, Bryant, who was moved from right field to left field during the course of the game, was able to secure a leaping catch at the wall that would have likely gone out for a Machado home run without the assistance of the wind. Superb defense was put on display by two other Cubs in the top of the ninth.

Wil Myers was walked by Cubs closer Craig Kimbrel, a former Padre, to start the ninth frame. After that, Tatis attempted to bunt Myers over but was foiled by Bote, who charged the subpar bunt and slid under it for a great catch. With the North Siders clinging to a 6-5 lead, Baez, the undisputed best tagger in the majors, then applied one of his signature no-look tags, which prevented the Padres from having a runner in scoring position. On a Myers steal attempt, Baez caught a throw from Cubs catcher Victor Caratini and swiped Myers' heel in one fell swoop. Kimbrel walked the next batter, which led to Bote helping Kimbrel's cause once more by snagging a line drive hit by Machado to put the finishing touches on the Cubs' riveting 6-5 victory.