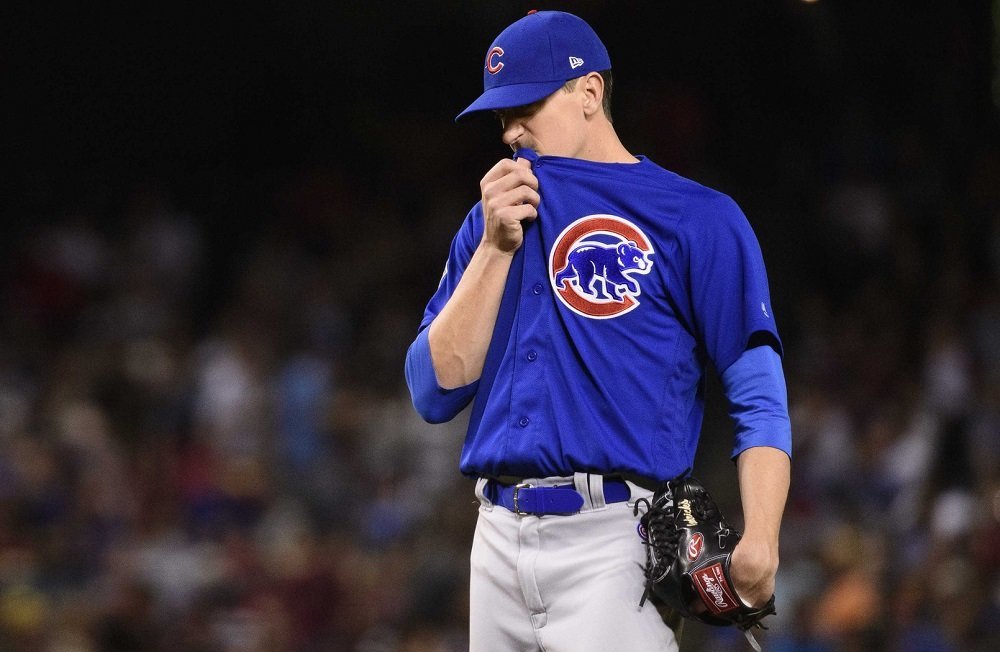 PHOENIX, Ariz. — The good news for the Chicago Cubs (12-12) in their first installment of a 3-game set with the Arizona Diamondbacks (16-11) at Chase Field was that star players Javier Baez and Kris Bryant each hit a monstrous home run. The bad news was that the Cubs were unable to push any runs across other than the ones scored via the two home runs. More importantly, the D-backs took Cubs starting pitcher Kyle Hendricks to task by tagging him for 10 hits and seven runs en route to an 8-3 win.

Arizona got off to a great start with a 3-run opening inning. Right fielder Adam Jones, who went 3-for-5 on the evening, tallied an RBI single in the bottom of the first to open the scoring action. A 2-run single by second baseman Wilmer Flores soon followed. Bryant pulled the Cubs to within a run on a 2-run homer to left-center in the top of the third. The 444-footer marked the hardest-hit home run of the season at Chase Field, as it was scorched off the bat at 111.1 miles per hour, and served as Bryant's first dinger since Opening Day. Cubs leadoff man Albert Almora Jr. was plated on the long ball after he singled to help set it up. Almora went 4-for-5 in the contest.

Back-to-back doubles by Ildemaro Vargas and David Peralta, respectively, culminated in the Diamondbacks going up 4-2 in the third. Baez answered with a 446-footer to lead off the fourth, which was Baez's ninth bomb of the year. Arizona gained some breathing room by way of a 2-out rally in the fifth. A 1-run single by Flores was followed by a 2-run triple from Nick Ahmed that put the Snakes ahead 7-3. Both clutch hits came with two outs.

Jones capped off the hot-hitting night for Arizona with an RBI double in the eighth. The Diamondbacks went 6-for-19 with runners in scoring position, while the Cubs were 0-for-5. With men on second and third and two outs in the ninth, Almora struck out looking to end the game. After dropping two of three against the Cubs at Wrigley Field last week, the D-backs evened the season series with the 8-3 victory in the desert.