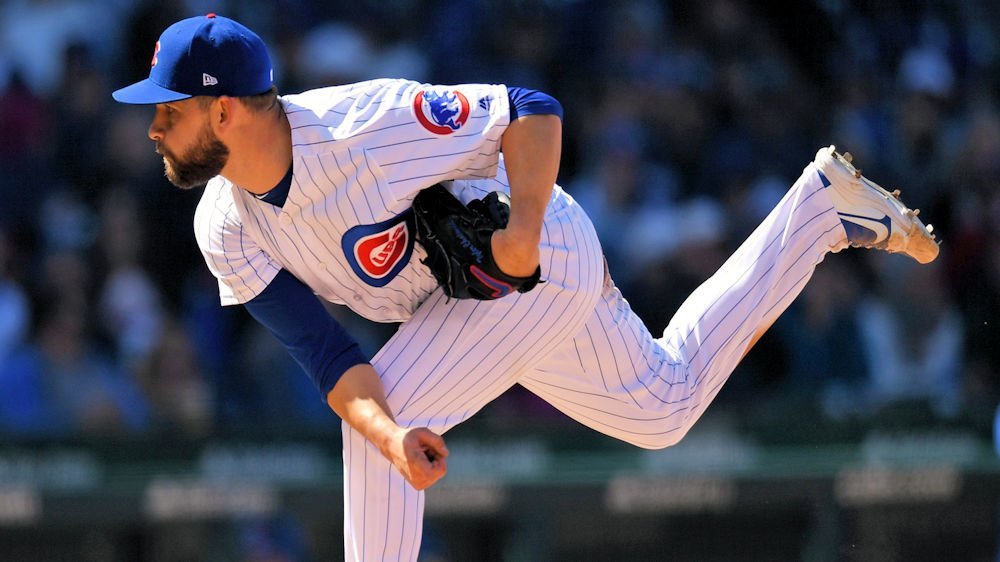 CHICAGO — Collecting their second straight shutout against the Milwaukee Brewers, the Chicago Cubs finished off their sweep of the Brew Crew in commanding fashion. Limiting Milwaukee to just two hits on Sunday, the Cubs coasted to a 2-0 win to secure a four-game sweep.

Tyler Chatwood pitched a great game in his start for the Cubs, striking out four in seven scoreless innings and allowing just one runner to advance into scoring position. Picking up his second consecutive winning decision, Chatwood moved to 2-3 in his debut season for the Cubs. Furthermore, he accrued the winning RBI for the Cubs, bringing in shortstop Addison Russell with an RBI single in the fifth.

Brewers starting pitcher Zach Davies gave up both of Chicago's runs, but he received practically no hitting support to bolster his cause. Walking just two and giving up a modest five hits, Davies received an unfortunate losing decision to become 2-3 overall.

Davies averted disaster early, getting out of a bases-loaded jam in the second by forcing Chatwood into an inning-ending groundout. Chatwood had the last laugh, however, by way of his first hit as a Cub. Two at-bats after a triple by Russell in the fifth, Chatwood put Chicago ahead 1-0 on an RBI single to center.

First hit and first RBI with the #Cubs! #TreatYoSelf pic.twitter.com/cStDUUn6Kv

In the following inning, Davies came unglued, hitting Anthony Rizzo with a pitch and next allowing a double by catcher Willson Contreras. Later in the frame, Russell collected his third RBI of the season via a sacrifice fly to center field that enabled Rizzo to tag up from third and score.

From there, the Cubs' pitching staff combined to finish off the game comfortably. Relievers Carl Edwards, Jr., and Brandon Morrow each pitched one scoreless inning, with Morrow earning his third save of the series and seventh of the season due to an efficient ninth-inning performance.

Marking their first sweep of the year, the Cubs (15-10) limited the Brewers (16-13) to just two runs over the course of the four-game affair at Wrigley Field, surpassing the Brewers in the National League Central standings, as a result.