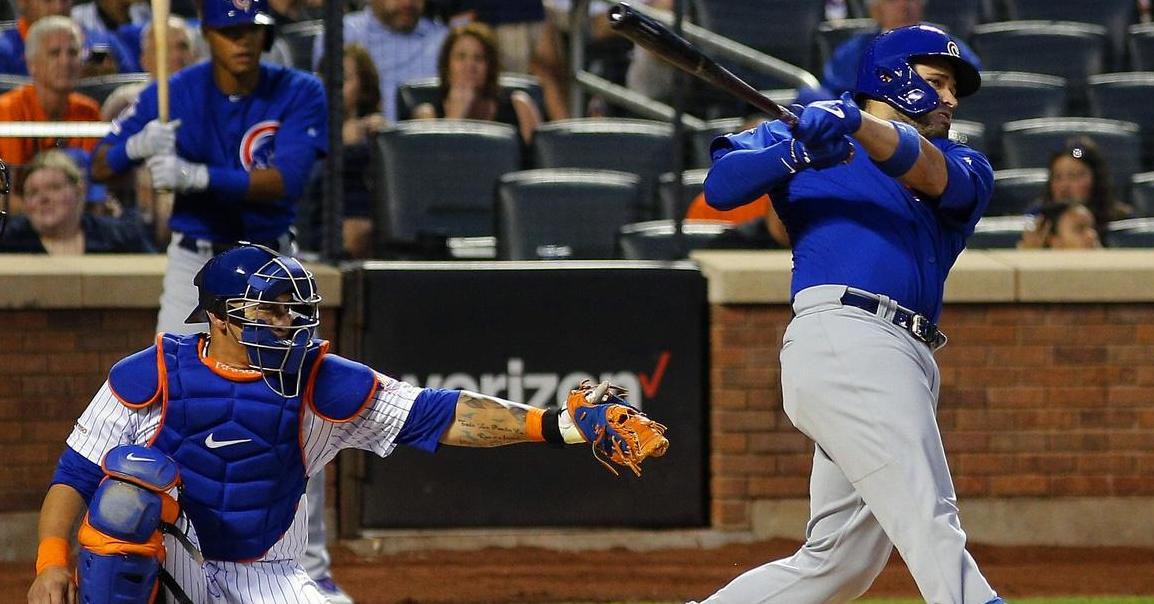 NEW YORK — Collecting their first 3-game sweep on the road since mid-April, the Chicago Cubs (72-61) were essentially a one-man show at the plate in their win on Thursday night. Cubs catcher Victor Caratini, who started at first base on the evening, was responsible for all four of the runs scored by the Cubs in their 4-1 victory versus the New York Mets (67-66) at Citi Field. Caratini hit two home runs off Mets ace Jacob deGrom, leading to a sweep-inducing triumph over the Mets, who went scoreless after the first inning.

The five runs plated in the contest all came via the home-run ball, as the Mets' lone scoring play was a solo dinger in the bottom of the first. Cubs starting pitcher Jon Lester was taken deep by J.D. Davis with two outs in the opening frame. Other than that, Lester was solid in his six innings of work, as he gave up just five hits and three walks while striking out four. On the flip side, Caratini proved to be a thorn in deGrom's side, as two of the five hits allowed by deGrom were the aforementioned bombs by Caratini.

Caratini went 3-for-4 at the dish and was the sole Cub to accrue multiple hits in the North Siders' 6-hit showing. Both of Caratini's deep balls were quite impressive, as they each sailed into the upper deck. In the top of the second, Caratini answered Davis' solo bomb with one of his own, with his towering 377-footer hit out to right-center knotting the Mets up at one run apiece. Later, in the top of the seventh, following back-to-back singles, Caratini provided the Cubs with a lead via a 3-run round-tripper that sailed beyond right field and put Chicago ahead 4-1.

The Mets failed to advance a runner into the scoring position after the Cubs gained the lead, with Cubs closer Craig Kimbrel closing out the ballgame by sitting the Mets down in order in the bottom of the ninth, thus securing Chicago's 4-1 victory. In addition to establishing themselves as the kings of Queens by way of a 3-game sweep away from home for the first time in approximately 4 1/2 months, the Cubs tabbed their first true series win on the road since mid-May, with their previous road series versus the Pittsburgh Pirates (57-77) containing a neutral-site game.