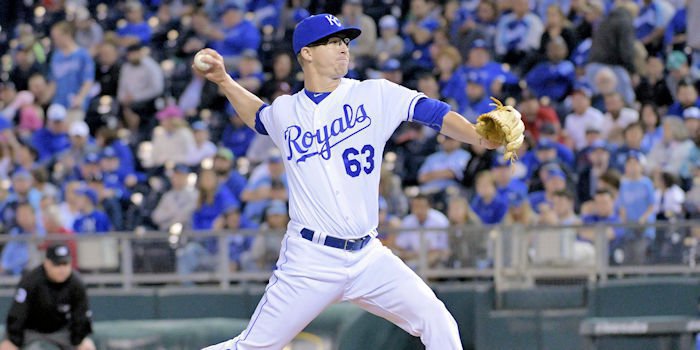 To make room for Mills on the 40-man roster, left-handed pitcher David Rollins has been designated for assignment.

Mills was designated for assignment today by the Royals upon their signing of right-handed pitcher Jason Hammel.

Rollins, 27, was previously claimed off waivers by Chicago from Texas on December 23 of last year.

I can't thank the @Royals enough for every opportunity they gave me, but super excited to join the @Cubs! My favorite childhood team!

Thank you @Cubs for everything y'all have done! On to @Royals for spring training!

Mills for Dewees intrigues me. I like Mills as strike-throwing depth option for @Cubs; Dewees becomes one of top @Royals OF prospects.