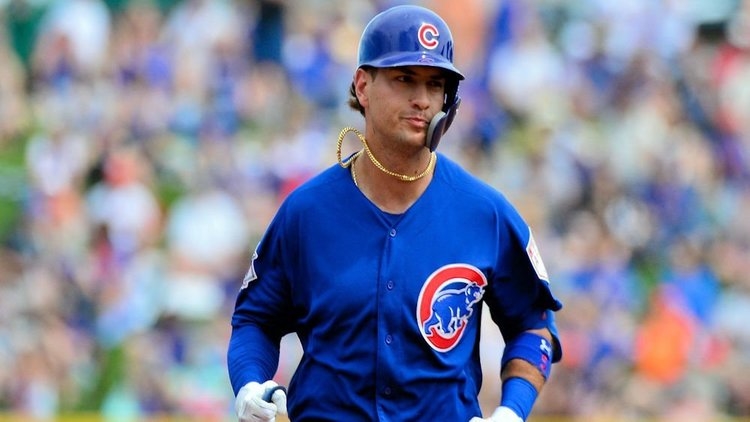 Although the Cubs went 1-3 on the farm Monday night, they still have four teams fighting for a playoff spot in the final three weeks of the season. With Iowa leading their division and most likely favorites to get in, the Cubs also have both Eugene and South Bend within one game of first as both look to earn second-half playoff spots. Myrtle Beach is technically still alive as they had the night off but only sit four games back now.

IOWA CUBS 9 – San Antonio Missions 5: In desperate need of a win against one of the leagues best, the Cubs turned to their ace and PCL ERA leader Colin Rea (13-3). Although hit a bit harder than he would have liked, Rea gutted it out through five innings allowing five runs to pick up the victory as the Cubs improved to 67-59 following a 9-5 win.

The San Antonio bats were ready to go in the first inning when Tyrone Taylor gave them an early 2-0 lead with an RBI double. Corey Ray added a sacrifice fly a few batters later stretching the lead to 3-0. A Dixon Machado double got the Cubs on the board in the bottom of the first, but it was in the second when Iowa took the lead.

Donnie Dewees continues to demonstrate why many feel the balls used in AAA are juiced, as he connected for his 15th homer of the season as the three-run shot put the Cubs up 4-3. A Travis Shaw third inning single tied things back up 4-4 before Rea helped himself in the fourth with a single giving the Cubs the lead again 5-4.

Taylor tied things up in the fifth with an RBI single before Iowa managed to take the lead for good in the bottom of the fifth inning. This time it was Jim Adduci coming through with his 22nd double as Iowa was back in front for good 6-5. A fielding error later that inning not only allowed Rea to reach but brought two more runs home with Iowa now in command 8-5. Albert Almora capped off the scoring with an eighth-inning single as Iowa snapped their losing streak 9-5.

Adduci continues to swing a hot bat, moving his average to 314 following his three-hit night. Dewees joined him in the multi-hit category, while Almora and Robel Garcia were part of an offense that pounded out 12 hits in the win. Duane Underwood continued to pitch well out of the pen giving the Cubs two more scoreless frames with three strikeouts as Dakota Mekkes, and Dillon Maples closed things out.

Iowa snaps their four-game losing streak with a 9-5 win over San Antonio! pic.twitter.com/dE44hwhewu

TENNESSEE SMOKIES 5 – Jackson Generals 6: The beat goes on for the Smokies as they continue to struggle not only on the road but winning close games. Monday night was no different as the Generals used a five-run inning to hold on 6-5 dropping the Smokies to 51-75 for the season.

It wasn’t all bad for Tennessee as Luis Lugo got the start and delivered a solid but short outing. Lugo lasted just four frames but managed to keep the Generals off the board, sporting them three hits and only two walks to go with his seven punchouts. With both teams held in check through three innings, the Jared Young fourth inning single broke the scoreless tie as Tennessee was up 1-0.

It was in the fifth when both offenses came to life as Tennessee looked to build on their new lead. An Ian Rice single doubled their previous advantage to 2-0 ahead of the Roberto Caro sacrifice fly to make things 3-0. Vimael Machin got in on the fun immediately after as his single put an end to the frame with the Smokies now in command 4-0 and Allen Webster taking over.

Unfortunately for Webster, this is exactly what the Generals needed as they teed off on Webster in the fifth. In just 2/3 of an inning of work, Webster was charged with four earned runs as the Generals brought home five runs in that half of an inning to take the 5-4 lead. Three of those came off the bat of Ramon Hernandez who connected for his 11th bomb of the season giving Jackson the lead.

The Smokies refused to go away quietly as they turned to their offense once again in the seventh. This time it was Tyler Payne coming through with a single to bring the tying run home making things a 5-5 game. That tie was short-lived as the Generals brought home the winning run in the bottom of the seventh on the Seth Beer double before holding on 6-5 for the win.

The Smokies received three hits from Connor Myers and two from Zack Short as those two provided the teams only multi-hit efforts. Nico Hoerner was given the night off but managed to pick up a hit in his pinch-hit appearance while Machin added another hit of his own in the loss. With most of the bullpen struggling, it was Oscar De La Cruz delivering the teams only scoreless frame of relief as he allowed one walk and a hit in the eighth.

Four early runs were not enough as Jackson wins round two 6-5. https://t.co/n17jOqCrCK

It's not over yet.

There's still fun to be had in the final three regular season games of 2019.#MBPelicans | #Experience pic.twitter.com/Kj9xecLp12

SOUTH BEND CUBS 3 – Great Lakes Loons 5: Looking for the three-game sweep against the first-half champions things were looking good for Carlos Vega early as the Cubs spotted him an early 3-1 lead. However, Vega then ran into some trouble allowing two runs in the fourth inning and three in total in his 3 2/3 inning outing as the Loons used a four-run fourth inning to emerge victorious 5-3. The Cubs fell to 68-56 with the loss but still occupy the top wildcard spot for the second half.

South Bend certainly was going to make the Loons earn a win in this series as their offense came out blistering in the first inning. With the bases loaded Nelson Maldonado cleared them with one swing hitting it over the center fielders head for an RBI triple giving South Bend the quick 3-0 lead. Maldonado was thrown out at home on the same play as the Loons escaped without any further damage.

Following the rough first inning, Josh Outman was able to get the Loons on the board in the first as he went deep for the second time in the series and 14th time this season to make things 3-1. With the South Bend offense now scuffling at the plate, Great Lakes had a chance to chip away and chip away they did in the fourth.

It was their time to come through with the bases juiced with Chris Roller delivering the single to tie things up 3-3. Now with a pair in scoring position, Matt Cogan pulled one to the left for a double and just like that the Loons stormed in front 5-3 following a four-run fourth. That would be all Great Lakes would need in this one as the Cubs not only failed to score after the first inning but managed just three hits in what was a 5-3 loss.

Maldonado was responsible for one of his teams three hits as his hit brought home all three runs. Jake Slaughter and Rafelin Lorenzo picked up the other two hits as it was a rare quiet night for the offense. Cole Roederer is now hitting just 217 following his hitless night. Fresh up from Eugene, Riley McCauley picked up where he left off with the Emeralds firing a pair of scoreless frames of relief to bring his ERA back under four at 3.86.

Cubs fall tonight in Great Lakes 5-3. We'll give it another go in the finale tomorrow at 7:05! pic.twitter.com/7IpuDcgTaM

On the move! A pair of former @statebaseball teammates turned Emeralds teammates are about to be @SBCubs
teammates. Congratulations to @McCauleyRiley and Brandon Hughes on the promotion to South Bend! #EverybodyIn | #ItAllStartsHere pic.twitter.com/OX5rkxm9yz

EUGENE EMERALDS 4 – Spokane Indians 5 (10 innings): Despite their 30-32 record entering play on Monday, the Emeralds find themselves in the middle of the playoff hunt as they were tied for first in second-half play. Looking to take the series from first-half division winner Spokane, the Indians found a way to rally late sending the Emeralds home with a 5-4 walk-off win to drop them to 30-33 on the season and one game back of Hillsboro in the second-half standings.

Kohl Franklin got the start as he continues to be a diamond in the rough for the Cubs system. Although not armed with his best stuff in this outing, Franklin lasted three innings and gave up two runs. His four strikeouts did help keep damage at a minimum as he is now sporting an impressive 1.77 ERA for the season.

Coming off their nice win on Sunday night, Eugene had momentum on their side as they immediately took the lead in the first. Following his rehab assignment in Arizona where all he did was hit, Alexander Guerra has continued that since returning to the Ems lineup as his first-inning double put Eugene in front 2-0. Guerra was getting started as he pushed the lead to 3-0 in the third by belting his first homer of the season.

Down but not out, Spokane was able to get to Franklin in the bottom of the third inning as Derwin Barreto and David Garcia each managed to pick up RBI singles cutting the deficit to 3-2. That score would hold up until the top of the eighth inning when it was Guerra coming through again for his second homer of the season and game to put Eugene back up a pair 4-2.

From that point forward, it was all Indians as they got to work on the back end of Emerald's pen. In the ninth inning, it was Cristian Inoa going deep for his first of the season to bring things to 4-4 sending the game to extras. After setting the Emeralds down without allowing a run, Spokane managed to get the last laugh when Luis Asuncion lined one to center for the single giving the Indians the come from behind 5-4 walk-off win.

Guerra was a man on a mission in the Emeralds losing effort as he collected three hits to go with all four RBIs. Fernando Kelli and Jacob Olson were the only other players in the Eugene lineup with hits, as they added two hits each in the loss. Eugene did receive solid relief outings from Brad Deppermann and Joe Nahas as those two allowed just three hits in four innings and combined for six punchouts. Deppermann has yet to allow an earned run at Eugene.

Heartbreaking loss in Spokane as the Indians walk it off in the 10th.

Time to bounce back in Eugene starting tomorrow, as that team from the north comes in for a BIG 3-game series.

We need you all at PK this week!#GoEms