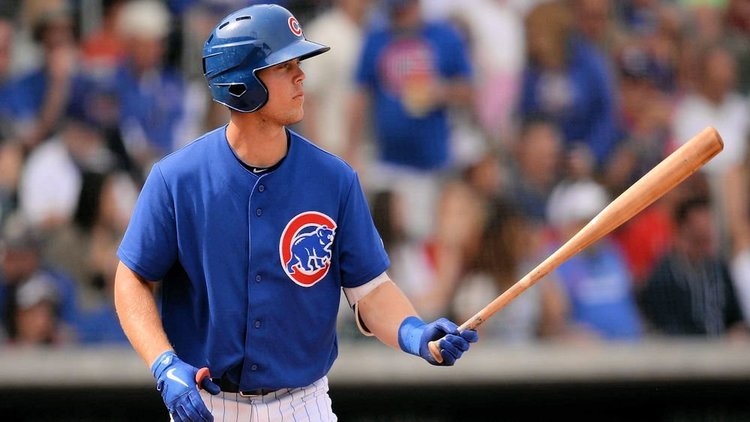 The farmhands produced well on the diamond last night as they went 3-1 during an action-packed day.

IOWA CUBS 1 – Omaha Storm Chasers 8: The Cubs couldn’t be happier to see Omaha leave town as they were swept in the four-game set falling 8-1 yesterday. Duane Underwood continued to struggle on the mound, and the writing is now on the wall for him. If things do not change quickly, he could find himself out of the starting rotation and in the bullpen.

The good news in terms of pitching in the loss was that the bullpen continues to throw well. The combination of Dillon Maples, Tim Collins, Junichi Tazawa and Dakota Mekkes tossed five innings of relief with only Maples allowing an ER. That combination also walked just two batters to go with nine punchouts.

Right from the start, Iowa was playing from behind as Bubba Starling picked up an RBI single in the first and Omaha never looked back. A Jecksson Flores third inning single combined with the Humberto Arteaga homer gave the Storm Chasers a 4-0 lead through three innings of play. That lead continued to grow in the fifth inning when Andrew Susac doubled home the fifth run before Flores picked up an RBI groundout. Arteaga added a single later that inning to put Omaha up 8-0.

The lone run for Iowa came in the bottom half of the fifth as Phillip Evans remained red hot. Evans went deep for his sixth homer of the season to get the Cubs on the board making it an 8-1 game. Evans now has one or more RBI’s in six of the last seven games as he is playing at an elite level, but that was about all the excitement in this one as the Cubs fall to 24-15 dropping their fourth straight contest.

With his second homer in as many games, Phillip Evans is the @EMCInsurance Player of the Game! pic.twitter.com/bGzTAeM1Gs

Ian Rice collected two hits and was the only player in the lineup with multiple hits. Trent Giambrone, Robel Garcia, and Evans each added one themselves. Victor Caratini continued his rehab assignment picking up another hit and going 1-4. Ian Happ and Donnie Dewees had the night off.

TENNESSEE SMOKIES 9 – Birmingham Barons 4: After being swept in a doubleheader on Monday, the Smokies were eager to get back on the diamond Tuesday in search of better results. With Thomas Hatch delivering a strong performance in his five innings of work before turning things over to Jake Stinnett (W) and the pen, the Smokies used a seven-run seventh inning to pick up the 9-4 win.

It was the Smokies breaking through on the scoreboard first in the third when P.J. Higgins picked up another double for the 1-0 lead. With the score 1-0 heading into the fifth, the Barons were finally able to get to Hatch as a bases-loaded Luis Robert single gave Birmingham the 2-1 lead. Those were the lone two runs Hatch allowed in his outing.

With Jesse Hodges tying things up 2-2 in the sixth on a sacrifice fly, the Smokies bats came to life in the seventh to seize complete control. A leadoff walk from Connor Myers got things started as the Roberto Caro double put the Smokies in front for good 3-2. Higgins picked up his second RBI of the night with a single before Charcer Burks came through with a bases-loaded single to stretch the lead to 7-2. A Hodges single and Myers sacrifice fly plated two more runs giving Tennessee the 9-2 lead through seven.

The Barons would add a pair of runs in the eighth inning to creep within five at 9-4, but that was it as the Smokies pick up a big 9-4 win. Tennessee is now 18-20 on the season as they continue to try and rediscover their early season success. Caro, Higgins, and Burks each had two hits combining for six of teams ten hits and five of the team’s RBI’s.

The Smokies only struck out four times in the game and left 21 on base. There was more good news following the game as top prospect Nico Hoerner is on his way to the Cubs Mesa facility to get back into baseball shape after being away from the game with his hand injury.

MYRTLE BEACH PELICANS 5 – Winston-Salem Dash 2: The Pelicans may not want to leave home for a while as they picked up another victory over the Dash. Led by Paul Richan (W) who improved to 4-2 following 6 2/3 innings of one-run ball, the Pelicans took down the Dash 5-2 for their fifth consecutive home victory. Richan did not walk a batter and lowered his ERA to 3.22 on the year.

For the second straight game, it was the Pelicans scoring first as Zach Davis opened things up with a third-inning sacrifice fly for the 1-0 lead. Looking to draw even in the fourth, JJ Muno came through with a single to tie things up 1-1. That was the lone run Richan would allow in his outing as he was in control throughout.

After giving up the lead in the top of the fourth, the Pelicans bats responded in a loud way in the bottom half of that same inning. Cam Balego and Kevonte Mitchell both went deep for solo shots putting Myrtle Beach up 3-1 as they never relinquished that lead. With the score still 3-1 entering the bottom of the seventh, a Jimmy Herron single and Miguel Amaya sacrifice fly added to the lead as it was now a 5-1 game. Yeyson Yrizarri picked up ninth-inning RBI double for Dash, but that was it in the 5-2 Pelicans win.

With the win, Myrtle Beach is 14-25 on the season as they continue to play much better as of late. Ryan Kellogg continued his good out of the pen with another scoreless outing. Six Pelicans picked up one hit in the game to go along with six total walks in the win. Amaya was 0-3 with 2K’s and an RBI as he is hitting just .200 on the season.

SOUTH BEND CUBS 6 – Bowling Green Hot Rods 4: The Cubs are going Streaking down in South Bend as they continued a hot month of May with a 6-4 win over the Hot Rods. This marks the fifth straight win for the club which is the longest of the season thus far.

Darek Casey took the ball in this one and was less than stellar in his outing. Casey made it through six innings, allowing four runs on eight hits. Thankfully for him, the offense did enough on their end to get him a win as Sean Barry earned his second save of the year.

South Bend opened the scoring immediately in the first inning as D.J. Artis led the game off with a single. After stealing second, Artis came home two batters later when Jonathan Sierra picked up the two-out single for the 1-0 South Bend led. Bowling Green managed to tie things up in the first after a Connor Hollis single, before taking a 3-1 lead in the second on the Ford Proctor double.

Down by a pair, Andy Weber brought things a little bit closer with a single in the third to make it a 3-2 game. Much like in the first few innings, the Hot Rods would answer in the fourth off the Wander Franco homer giving Bowling Green the 4-2 lead. That would be the last run scored by the Hot Rods as Casey and the rest of the staff settled in when it mattered.

Looking to stage a late-game rally, South Bend began to claw back in the sixth. With a pair of runners on base and one gone, Nelson Velazquez doubled home Weber to make it a one-run game again at 4-3. One pitch later it was Tyler Durna bringing things even 4-4 with a sacrifice fly and just like that South Bend was back in the game.

With momentum clearly on their side, the Cubs offense continued to come up clutch in the seventh. A leadoff Delvin Zinn walk mixed with a Christopher Morel double had a pair of runners in scoring position with no outs. That set the stage for Eric Gonzalez as he came through with the game-winning single a 6-4 South Bend lead. The Cubs could relax from that point on as Bowling Green couldn’t generate any offense to finish the game giving South Bend the 6-4 win.

South Bend continues their quest to be first-half division champions as they are now 21-15 on the season. Weber continues to swing a hot bat picking up three hits in the win, while Morel recorded both a double and a triple in the winning effort. Velazquez also tallied two hits in the win as South Bend is now tied for first with Great Lakes.