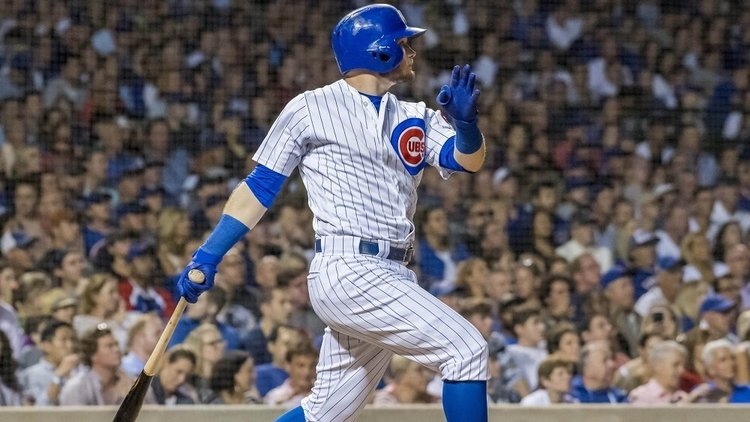 It was another rough night for Cubs on the farm, as they managed to go winless for a second straight evening.

IOWA CUBS 7 – Albuquerque Isotopes 8 (12 innings): The slide continues for the Cubs as their losing streak reached five games on Saturday following an 8-7 12 inning loss. With Collin Rea getting the start in this one, the Cubs were confident about getting a win as he has been one of the best in all of AAA.

That continued once again as Rea certainly did his part to pitch his team to victory tossing six innings giving up only two runs to leave with the lead. Once again it was the bullpen that let another strong pitching performance down, as they allowed six more runs to waste a strong outing from their starting staff to fall 8-7.

It took four innings for the scoring to get started as the Isotopes broke through first against Rea. With a runner on second, Elliot Soto brought home the games first run with a single and the 1-0 lead. A few pitches later it was Drew Butera doubling the lead to 2-0 picking up an RBI triple for his first of the season.

With Trent Giambrone making it a 2-1 game in the fifth with his 10th homer of the season, the Cubs would grab the lead in the bottom of sixth in support of Rea’s effort. With one out, Phillip Evans got on base with a soft single as he represented the tying run. Ian Happ followed that up with is 10th homer of the season, and just like that Iowa held a 3-2 lead. Happ is starting to look like he is ready to come back to the bigs.

It was in the seventh when things began to unravel as Junichi Tazawa suffered his worst performance of the season. In his inning of work, Tazawa, allowed four runs to give the Isotopes the 6-3 lead, but only one of those runs was earned as the defense did not make things easy for him or anyone. Yonathan Daza tied the game with a single before an error made it 4-3. A Pat Valaika double and Sam Hillard single capped off the scoring with the Cubs now down 6-3.

The Cubs refused to go down quietly as they once again played long ball to get back in the game. That started with Donnie Dewees in the seventh as he seems to have found his power stroke with his eight of the season as the lead was down to 6-5. With the bullpen keeping things close through nine, Jacob Hannemann delivered the huge knock in the bottom of the ninth sending the game to extras with his third homer of the season.

Fast forward to the 12th inning, Hannemann was now on the mound as he was looking to extend the game. However, it was the Isotopes getting the last laugh Garrett Hampson hit his second homer of the season to make it 8-6 Albuquerque. The Cubs managed to pick up an RBI groundout from Wynton Bernard in the bottom of the 12th, but couldn’t push across anymore as they dropped a heart breaker 8 -7.

It was a battle until the end, but the good guys couldn't hold on. pic.twitter.com/NtyjmPydXx

The Cubs are now 34-29 and are limping to the finish line to close out the first half. Evans remained in his month-long hot streak, picking up three hits to lead the way. Giambrone added two hits of his own, with six other players collecting one hit in the loss including Happ and Jim Adduci. Despite the one rough inning from Tazawa, the rest of the pen was solid as Randy Rosario, Rowan Wick, Dakota Mekkes and James Norwood failed to allow a run in 4 1/3 innings of relief.

TENNESSEE SMOKIES 5 – Chattanooga Lookouts 7: Much like Iowa, Tennessee is limping to the finish line as they are in the midst of a six-game losing streak. That continued Saturday as the Lookouts outlasted the Smokies 7-5. Tennessee did receive a decent start from Tyson Miller, but he was far from his best. Miller lasted five innings allowing 9H but managed to keep things close with just 3ER allowed in the ND effort.

After Jose Siri gave the Lookouts the lead in the first following his single, it was time for the Smokies to come to bat as they took the lead away from Chattanooga. With runners on second and third, Eddy Martinez manufactured a run with a groundout as Charcer Burks scored and Jared Young moving to third for the 1-1 game. P.J. Higgins followed that up with a single to center and just like that Tennessee took a 2-1 lead to the second.

It was in the third when the Lookouts bats were hot again plating a pair of runs to retake the lead. This time it was Taylor Trammell getting the scoring started as his single made it a 2-2 game. Later that inning it was time for Cassidy Brown to push a run across with a single to give the Lookouts a 3-2 advantage. Once again, the Smokies bats responded as they managed to retake the lead heading to the fourth.

With two outs, Young started the mini-rally, as his double extended the inning. That set up the stage for Martinez as he remained red-hot picking up a double himself to tie things up 3-3. Just like in the first, Higgins answered the Martinez hit with a hit of his own as his RBI single put the Smokies back in front 4-3. Young would add an RBI groundout in the fifth to push the lead to 5-3 as the Smokies appeared to now be in control.

With a two-run lead in the seventh and Miller out of the game, it was up to the Tennessee bullpen to hold tight as they desperately wanted this win. It was in that inning when things unraveled as a pair of long balls eventually did the Smokies in. First, it was Mitch Nay going deep for number 6 on the year tying the game 5-5. A few batters later, Brown got in on the fun with his first homer of the season making it 7-5 Chattanooga. That would be all the runs the Lookouts would need as the Smokies were unable to put a runner on base the final three innings falling 7-5.

Tennessee is 28-33 and wants the first half to come to an end desperately so they can regroup and refocus. Higgins and Martinez led the way in this one, collecting a pair of hits each to go with a couple of RBI’s each. Martinez, Burks and Vimael Machin added the final three hits in the loss while Bailey Clark and Craig Brooks tossed two scoreless innings of relief. After receiving minor league pitcher of the month for May, Brooks has now lowered his ERA to 0.71.

The Pelicans' doubleheader against the Dash has been postponed.

One of the games has been cancelled entirely, while the Birds and Dash will play a twin bill on Sunday with game one beginning at noon in Winston-Salem! pic.twitter.com/cvAJxeWg1J

SOUTH BEND CUBS 3 – Great Lakes Loons 8: The Loons continue to flex their muscles as to why they are the best in the Midwest league, cooling off the Cubs for a second straight night 8-3. Derek Casey got the start in this one, and although it wasn’t a great outing, he kept things close before taking the loss (3-3). In 3 2/3 innings, Casey allowed just five hits, but also 4ER which was more than the Cubs scored as a team in the losing effort.

Great Lakes struck first again in the second inning as James Outman tallied an RBI groundout for the 1-0 lead. It wasn’t until the fourth when the Loons busted things open as Casey was unable to finish that inning. Already with two men on base following a walk to Jacob Amaya and Nico Hulsizer single, Dan Robinson pushed the lead to 2-0 with a single of his own as the Loons still had two runners on base. That set the stage for Outman again as his big night continued with a bases-clearing triple and just like that it was 4-0 Great Lakes through four.

The Cubs comeback bid began in the fifth inning as it was the Rafelin Lorenzo show in this one. With Tyler Durna leading off the fifth with a single, Cole Roederer, making his first start in quite some time followed that up with a single of his own, but Durna was thrown out trying to advance to third on the play.

Christopher Morel kept the line moving once again with a third straight single as this time the Cubs had runners on the corners with one down. Lorenzo followed that up with a sacrifice fly, putting an end to the shutout bid to make it 4-1, but the Cubs stranded two more runners that inning erasing a chance at an even bigger frame.

Lorenzo was at it again in the seventh as the Cubs refused to go down without a fight. With two outs following a Roederer double play, Morel kept the inning alive with his ninth double of the season. Lorenzo made the Loons pay for not getting out of that inning as he went deep a few pitches later for his third homer of the season to cut the lead to 4-3 heading to the bottom of the seventh.

With Robinson earning a bases-loaded walk in the seventh to make it a 5-3 game, the Loons put the game away with a substantial eighth inning. Led by an RBI double from Miguel Vargas and Hunter Feduccia single, Great Lakes managed to bring home three runs as a 5-3 game turned into an 8-3 lead with a wild pitch pushing across the third and final run. The Cubs had something going in the ninth with two outs singles from Roederer and Morel but were unable to strike again falling 8-3 on the day.

With the loss, South Bend falls to 33 -27 as their playoff hopes are starting to slip away to end the first half. Morel had a great night at the plate picking up three hits to lead the offense on the night. In his first start in nearly two weeks, Roederer tallied two hits, while Durna and Lorenzo recorded the final two. Jack Patterson remained solid in relief, tossing three innings of one-run ball out of the pen.

Cubs fall in game two in Great Lakes. Back to it tomorrow afternoon! pic.twitter.com/VoghNBa6RC