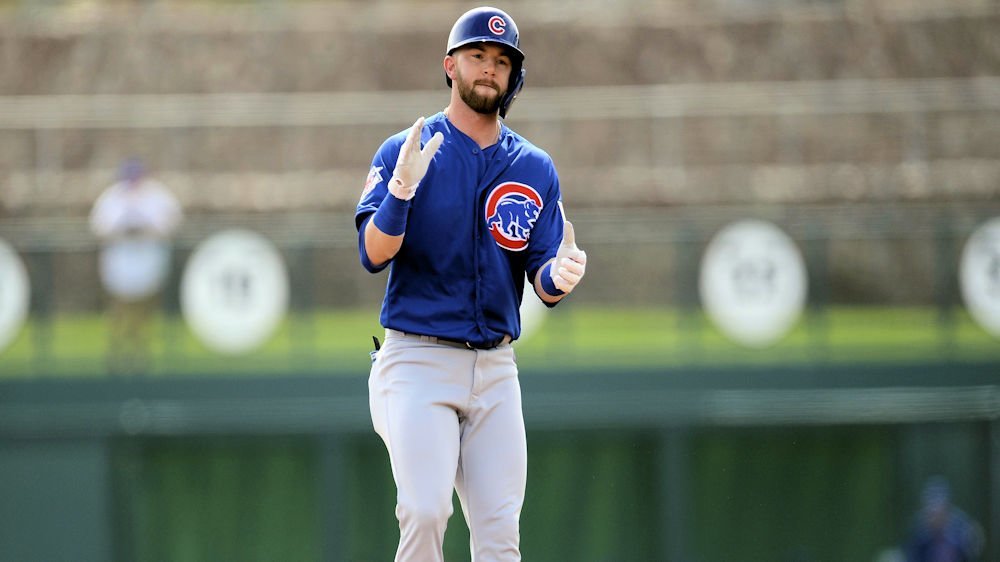 It was a great day for the Cubs Minor League system as a mix of strong pitching, and timely hitting helped the minor leagues to a 3-1 opening day record.

IOWA CUBS 5 Nashville Sounds 4: Looking to rebound from a tough season a year ago the Iowa Cubs were looking to get off on the right foot as they opened up the season against the Sounds of Nashville. It was exactly the start they were looking for as Iowa held off the Sounds for the 5-4 win.

Led by Duncan Robinson and Kyle Ryan who combined for six innings of 2-run ball, Iowa was in control 5-2. It was a late ninth-inning rally from the sounds that fell just short as Dakota Mekkes was able to work around a Dillon Maples mess in the ninth inning to earn the save.

It was Trent Giambrone opening the scoring for Iowa as his solo homer in the top of the third knotted things up 1-1.

Iowa never looked back from there. Looking to work his way back to the bigs, Ian Happ made his presence known in the fifth as his bases-loaded double opened things up putting Chicago in front 4-1. Happ went 2-5 on the night with 2 K’s, but also picked up those three RBIs.

The Ian Happ content you're all here for. pic.twitter.com/GtuJUmsafV

Nolan Fontana cut things to 4-2 in the sixth with a sacrifice fly, but the Jim Aducci double in the top of the eighth proved to be the winning run pushing the lead to 5-2. The command issues from Maples proved to be a problem in the ninth as both Willie Calhoun and Patrick Wisdom earned bases-loaded walks, but that was all they could muster as Iowa held on 5-4.

TENNESSEE SMOKIES 7 Mississippi Braves 5: Thomas Hatch got off to a great start against the Braves throwing five shutout innings while striking out seven, while the Smokies offense was on full display for the 7-5 victory. Once again, a struggling bullpen was the name of the game as a three-run eighth for the Braves was almost enough to complete the comeback.

It was a balanced attack offensively as five Smokies picked up at least one RBI in the contest. A first inning home run from Jared Young gave Tennessee the lead for good before the Robel Garcia double in the fifth pushed the lead to 2-0.

After the Braves took the lead in the sixth 3-2, Tennessee got right back to work regaining the lead for good.

Vimael Machin tied things up with a single in the sixth before Charcer Burks gave the Smokies a 4-3 lead with his fielders choice in the seventh. An eighth-inning single from Garcia knotted things up at 5-5 before Christian Donahue capped off the scoring with a 2-run double to lift Tennessee to the 7-5 win. Nico Hoerner was hitless in his debut but managed to work two walks in the game.

3/ The #Cubs top two prospects contributed in their debuts at new levels. Nico Hoerner drew a pair of walks, while Miguel Amaya drew one, and roped a two-run double. pic.twitter.com/kYznIu2C9v

MYRTLE BEACH PELICANS 5 – Lynchburg Hillcats 14: It was not the start the Pelicans were hoping for digging themselves a huge hole early and never recovering. Alex Lange struggled to get through three innings allowing six runs ( 4 earned) while four other pitchers allowed eight more runs the remaining five-plus innings.

It took a while for the Pelicans offense to get going as they fell behind 8-0 after 5-plus innings of play. Top prospect Miguel Amaya who was recently promoted to High-Class A Ball broke up the shutout with a two-RBI double before coming around on a Kevonte Mitchell single to make things 8-3. The Pelicans offensive output was capped off in the eighth inning scoring runs on a wild pitch and a Luke Reynolds single before the Hillcats added four in the ninth to win 14-5.

SOUTH BEND CUBS 5 – West Michigan Whitecaps 4: SB Cubs capped off a strong opening day for the Cubs minor league system as they picked up the 5-4 opening day win. It was a balanced effort on the hill as no pitcher tossed more than 2 and a third inning with Palma earning the win.

Trailing by two in the second after the Jordan Pearce single, South Bend tied things up in the bottom half of the inning as top outfield prospect Cole Roederer ripped a two-RBI double for the 2-2 tie. That was just the beginning as South Bend tallied a pair of runs over the next two frames off of a Tyler Durna third-inning single and an Andy Weber fourth-inning double to take a 4-2 lead on four unanswered runs.

4/ Not to be outdone, 19-year old Cole Roederer added two RBI of his own. Showing good awareness to shorten up and stay on an offspeed pitch to deposit it into RF. pic.twitter.com/YQnVWIh992

5/ One of my favorite under-the-radar prospects from the 2018 draft, Andy Weber, stroked an RBI double. pic.twitter.com/4RmB8SO6B0

A Sam McMillan sixth inning homer made it a 4-3 ball game, but the Whitecaps returned the favor in the bottom half of that inning as a wild pitch gave South Bend the run right back pushing the lead back out to two at 5-3. That proved to be the winning run as West Michigan scored in the top half of the ninth, but wasn’t able to capitalize on the South Bend error giving the Cubs a 5-4 win.