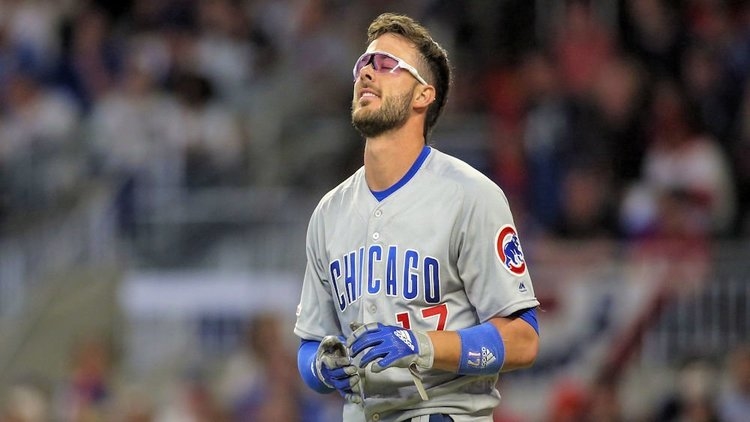 The Cubs have not started as well as we’ve all hoped they would and many of you are already looking for sharp objects. We all know how important it is to get off to a decent start and the games won and lost in March and April count just as much as those in July or August.

But in all fairness to the players, they have not slept in their own beds for over 50 days. As someone who did a lot of traveling in another life, I can tell you that it is not only physically tiring, but it is mentally exhausting to be away from home for that long.

Think about it, pitchers and catchers reported February 13th and position players all came to camp on February 18th. They spent about six weeks in Arizona living in a hotel and then wound their way to Chicago via Dallas, Atlanta, and Milwaukee.

I don’t care how much you like each other, after fifty-plus days you are tired of each other’s face. The opportunity to finally spend some time with your family is going to be so welcome that players may run home from Milwaukee.

The excitement of tomorrow’s home opener is always a jolt of adrenalin for players, and once the day is done, they get a day off to do laundry, play with the kids, and forget about baseball for a day. It will help.

“It’ll be nice to just get home and be home,” Cubs veteran Jon Lester said before Sunday’s loss, “to get into Wrigley and get settled and play in front of our home fans and kind of get off to a new start there.”

I said last week that it is unfair to judge the season until the end of April and this is part of the reason why. The Cubs have played zero home games. Let’ s see how they do there.

Troubling signs are surrounding the pitching on this team and each individual needs to figure out what is going on or they will be sitting on the bench in Des Moines with Carl Edwards and Ian Happ faster than they can say hello Portillo’s.

"You saw what we've been doing," Joe Maddon said recently. "We've got to get better out of the bullpen."

Theo has proven to all this year that he is not going to mess around, either you produce, or you are gone, and next up gets a chance. If you don’t think so ask Happ and Edwards. "It's not the start that any of us wanted," Team President Theo Epstein said on Friday. "And we’re sorry we're putting our fans through this."

So, everyone is sorry, and everyone is tired, and everyone knows they have to get better. Tonight, they finally are home and sleeping in their own beds. Tomorrow they need to hit the restart button and get to playing like we all hoped they would.