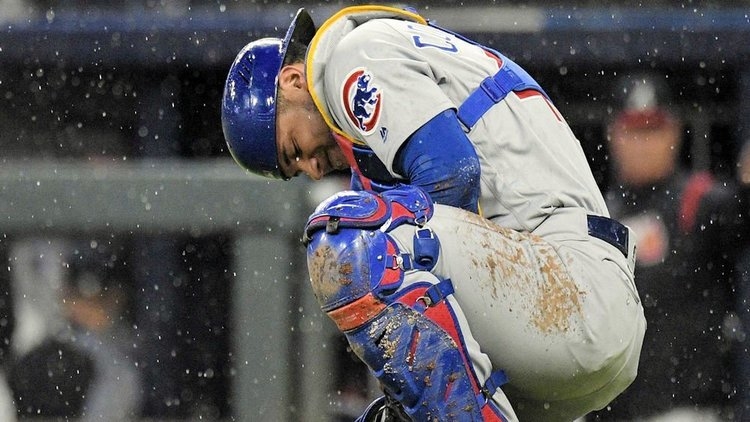 Not much went the Cubs' way in Georgia this week. (Credit: Dale Zanine-USA TODAY Sports)

CUMBERLAND, Ga. — The Chicago Cubs (1-5) came alive at the plate far too late against the Atlanta Braves (3-3) on Thursday at SunTrust Park, with the Braves completing the series sweep and extending the Cubs' losing streak to five games. Chicago deceptively lost 9-4 on the night, with all four of the Cubs' runs coming in the top of the ninth of an otherwise dominant performance by Atlanta and starting pitcher Max Fried.

Making his second appearance after a disastrous first start of the season over the weekend, Cubs pitcher Yu Darvish experienced yet another short-lived start in which he threw a lot of pitches. Darvish allowed only one run while in the ballgame on a fourth-inning RBI single off the bat of Brian McCann, but his 71 pitches were enough to lead to him being taken out in the top of the fifth.

From there, the bullpen blunders that have marred the start to the 2019 campaign for the Cubs returned, with Carl Edwards Jr. allowing a run to score on a wild pitch and Tyler Chatwood giving up a bases-clearing double to Nick Markakis. All in all, the Braves tagged the Cubs for five runs on four hits in the fifth to go up 6-0.

A steady rainfall highlighted a gloomy night for the Cubs, who experienced a sweep at the hands of a team that was winless at the start of the series. In the ninth, first baseman Anthony Rizzo and shortstop Javier Baez hit back-to-back homers to prevent the Cubs from being shut out for the second time in the 3-game set. Baez's opposite-field blast carried 409 feet after Rizzo crushed a 2-run jack that plated Kris Bryant. Victor Caratini scored the fourth run for the Cubs on a fielder's choice later in the frame.

The 46 runs allowed by the Cubs so far are the most given up by the Lovable Losers through the first six games of the season since they allowed 57 in 1901. Cubs pitching has already been taken for 61 hits and 41 walks, and the bullpen issues that plagued the Cubs' dreadful stint in Georgia do not appear to be going away anytime soon.